FEAR THE WALKING DEAD: SEASON 2B OR NOT 2B?

No-one can blame you for switching off Season One, or even Season 2A of Fear the Walking Dead, but the spin-off series is finally finding its feet and deserves another look…

Gone is the action-numbing (murdering!) yacht and illogical decision-making, the dollar-store zombies have been replaced by better make-up and the more cliched members of the cast (Daniel) have been axed.

Nick, played by English actor Frank Dillane has been given a more prominent role and the show is much improved for the mini junkie Johnny Depp! 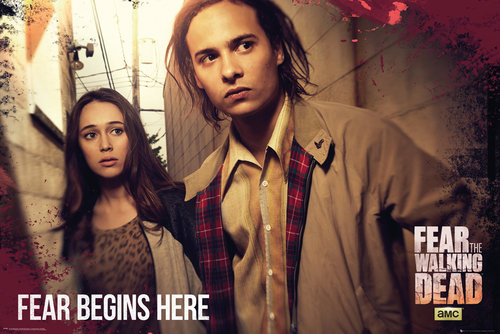 The ever-watchable Kim Dickens and Alycia Debnam-Carey as Madison and Alycia have teamed up with Victor are holed up in a hotel, Travis and estranged son, Chris are pulling in separate directions. Finally, everyone seems to have some much-needed motivation, and with motivation comes conflict!

Seriously, folks… it’s time to give it another chance.