GHOST RIDER PROMISES TO HEAT UP AGENTS OF S.H.I.E.L.D. 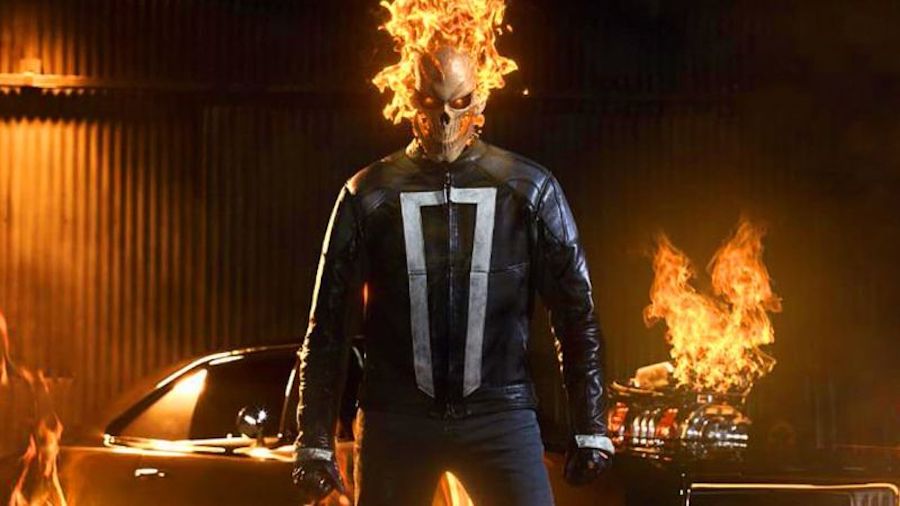 Agents of S.H.I.E.L.D. recruits a brand new member of the team and he’s a bit of a hothead, by all accounts!

But there’s good and bad news… which do you want first?

The new iteration of the character is Robbie Reyes (Gabriel Luna) an East Los Angelean, Latino high school student gunned down during a street race and reborn as Ghost Rider. He was brought (back) to life in 2014’s short-lived All-New Ghost Rider comic so I’m guessing his inclusion is Marvel’s way of saying they’re done with Johnny Blaze.

While Nic Cage’s two outings were, no doubt terrible movies, they were equal parts brilliant and hilarious!

The real bad news is that Ghost Rider’s famous flaming motorbike seems to have gone up in smoke as he now drives a 1968 Dodge Charger what “goes on fire”. That said, I’m pretty sure we’ll see him in on his motorbike in imagery that has stayed with me since reading Spiderman comics aged six!

Wouldn’t you just love a Johnny Blaze cameo though?