HAVE YOU GOT DOWN TO THE GET DOWN YET? 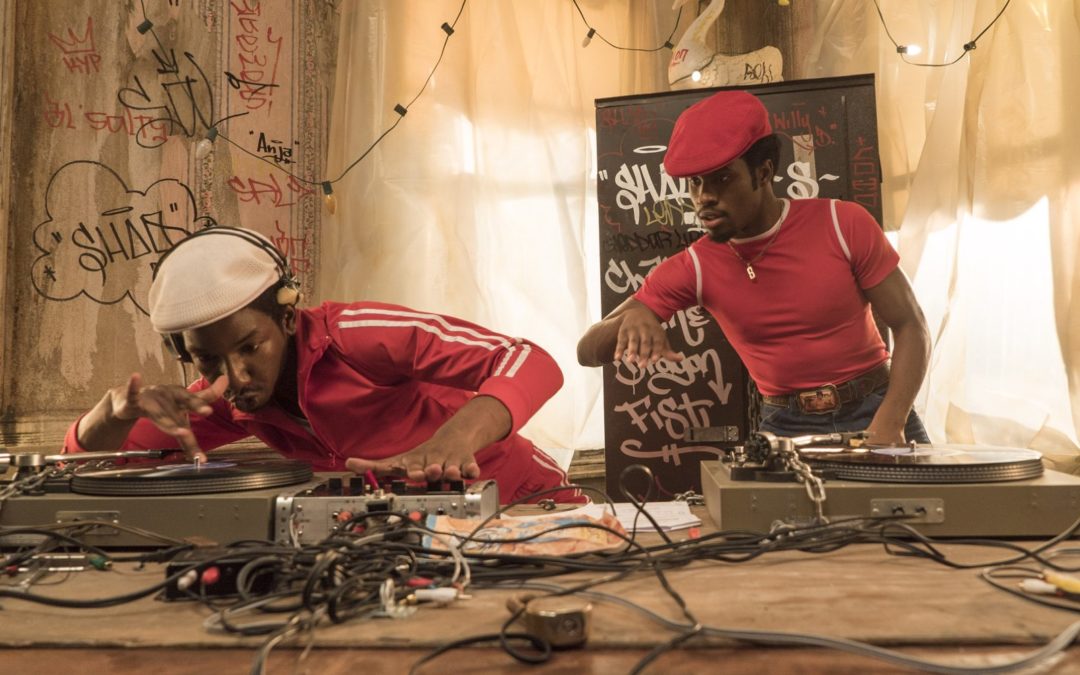 If not, why not? Netflix’s The Get Down may have got off to a slower start than FX’s Atlanta but you still definitely need to see Baz Luhrmann’s ten-year labor of love…

Halfway through its first 12 episode run, The Get Down tells the story of the birth of hip-hop during the blackouts and political turmoil of 1977 on the streets of New York.

Ezekiel “Books” Figueroa and his merry band of emcee’s are led on a Hero’s Journey overcoming gangsters, racism, overbearing parents and DJ battles by hip-hop pioneers including Grandmaster Flash and Kool Herc.

Equal parts The Warriors and High School Musical, the first six episodes of the $120 million show are sometimes hit and miss. The cross-cutting between stories and pacing is off-putting and the fairy-story elements can be a little heavy-handed, but it’s main actor, Justice Smith is just so damned watchable as Street Wordsmith Ezekiel that you forgive any shortcomings and the fact that it’s a show about hip-hop made by white people!

That said, the soundtrack which features disco, funk hip-hop (and some punk) is mind-blowing!

There’s no word on when Episode 7 hits the streets, but we’ll keep our ears to the source.