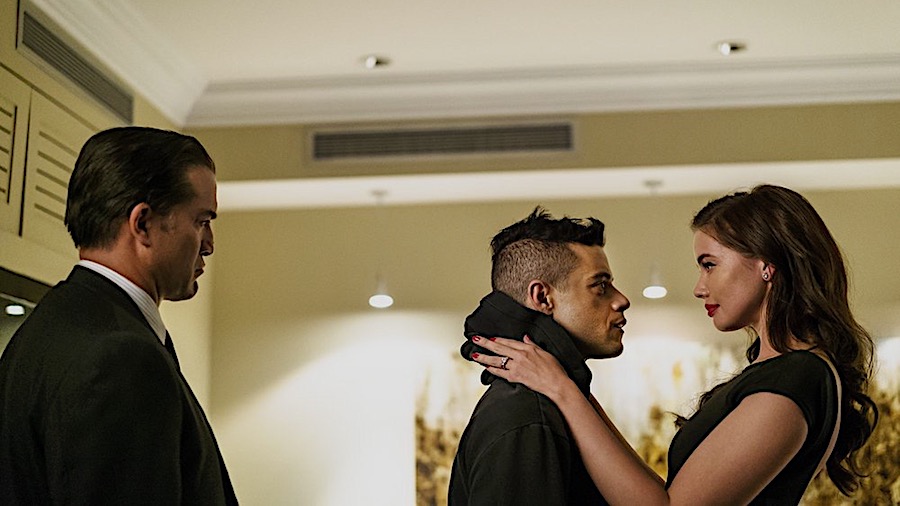 How did it come to this? In my mind, Season Two only started like three or four weeks ago and somehow, bizarrely, episode 10 lands this week! How the hell did that happen? So, since the show is entering its home straight with just three episodes to go, we thunk it would be a good time to take a sneak peek at what happens in our S02E10 Preview and also the bigger picture.

In case you haven’t seen it yet, here’s the S02E10 preview promo from USA Network, we’ll be going in o more detail below.

So, if you’ve just peeked that, you’ll be asking yourself the same questions we are…

How will this week’s episode open?

The episode looks to begin where we left off with Joanna Wellick abducting Elliot and taking him to what looks like her hotel room. While that may be a dream come true for some, it certainly promises to be a bit more of a nightmare for Elliot.

What does Lady Macbeth want with Elliot?

And why does she have bodyguards? It’s clear Joanna was a major player in the 5/9 hack, possibly even pulling the strings. Whatever her role, something is very rotten in Denmark. Speaking of which (and mixing our Shakespeare metaphors) could the reason they cast a Danish actress be because the show is a reworking of Hamlet? From the protagonist seeing the ghost of his father to him then going insane, it’s all there (though not such an obvious retelling as Sons of Anarchy)

She’ll surely ask Ollie (Elliot) to do something for her… whether that’s hack related or she’s asking for help finding Tyrell, we’re not sure.

Why would Elliot know where Tyrell is?

Yes, Robot told Elliot that he shot Tyrell but there are some cray cray theories flying around the internet that Robot isn’t Elliot’s only alter ego and that Tyrell Wellick is another of his personas. Well, as you know, the crazier the theory, the more we love it but in true scientific fashion; we’ve gotta examine both sides of the argument before we dismiss it. 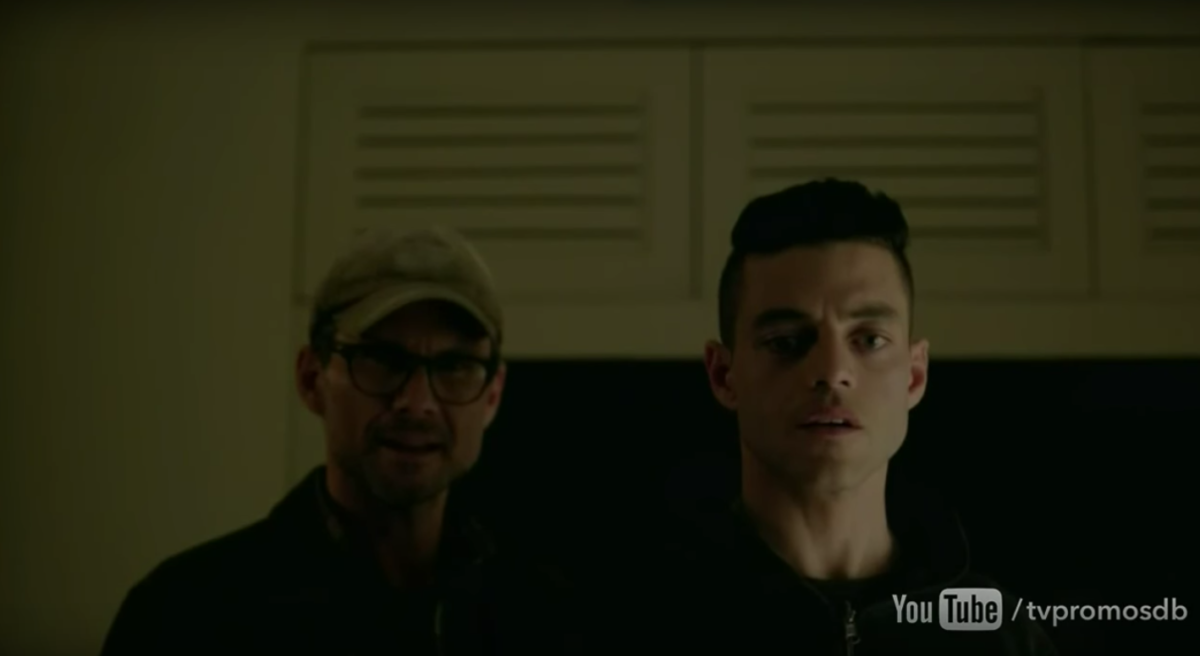 Plus Tyrell Wellick being another alter ego would be soooooooo Sam Esmail!

In the blue corner, going against this theory is the fact many people have interacted with both Elliot and Tyrell since S01E01; there just aren’t enough days in the week to work 60 hour weeks at E-Corp and 60 at Allsafe!

But in the red corner, in its favor, this theory would explain both Tyrell’s long absence since the day Elliot went into jail – on or near the night of the hack. The fact that Robot seems hell-bent on convincing Elliot that Tyrell is dead. Convincing Elliot that his alter-alter ego is dead and gone would just be another of Robot’s typical power-plays.

Where are Trenton and Mobley?

Although we don’t see them in the trailer, one or other of them could be in the Emergency Room that Darlene and Cisco visit. Who else do the on/off couple have ties to apart from Mobley and Trenton? 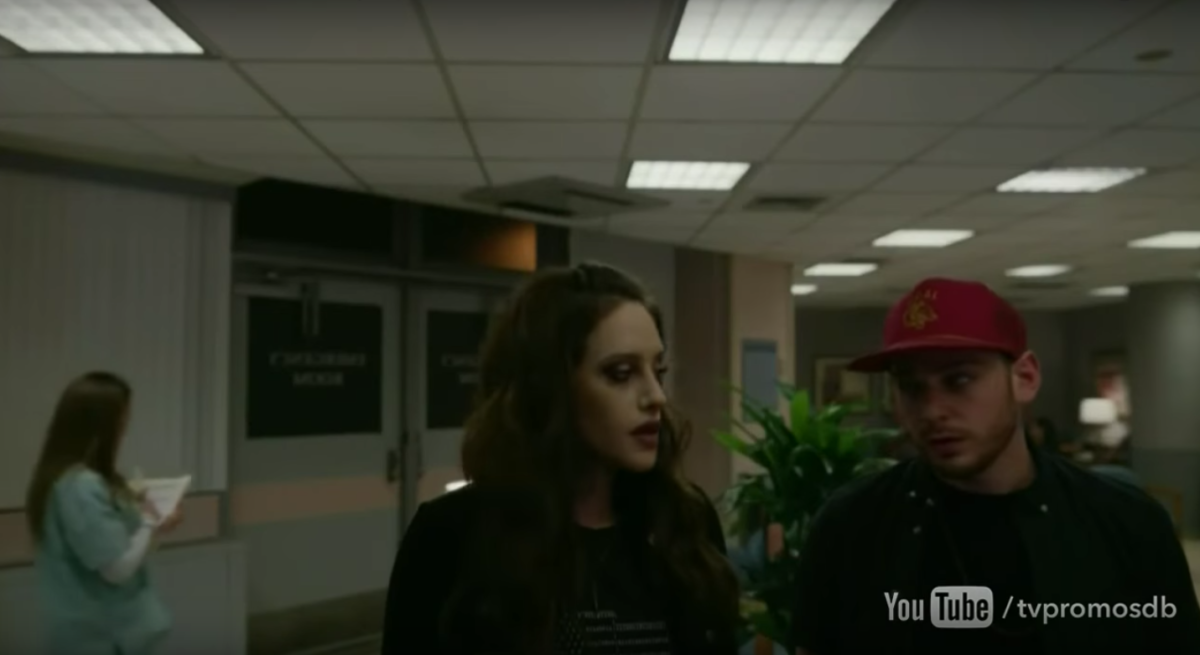 Unless the person knocking at Cisco’s door takes Darlene and Cisco to the hospital?

What about the nation’s favorite redheaded FBI Agent?

No, not Dana Scully! The last section of the promo trailer is devoted to Agent Dom Dipierro’s proclamation she has “fresh evidence on this guy”, accompanied by a shot of Elliot. But seeing as the FBI raid Cisco’s apartment and there’s absolutely no evidence to tie Elliot to that address, she could have been talking about Cisco. Mixing audio while showing a different character is also a really promo-red herring-y thing to do.

It’s pretty certain the FBI don’t catch Elliot as Agent Dom does that longing look into the distance that only FBI and cops can do when they’ve lost their quarry and (if they did catch him) that would be the end of the series! 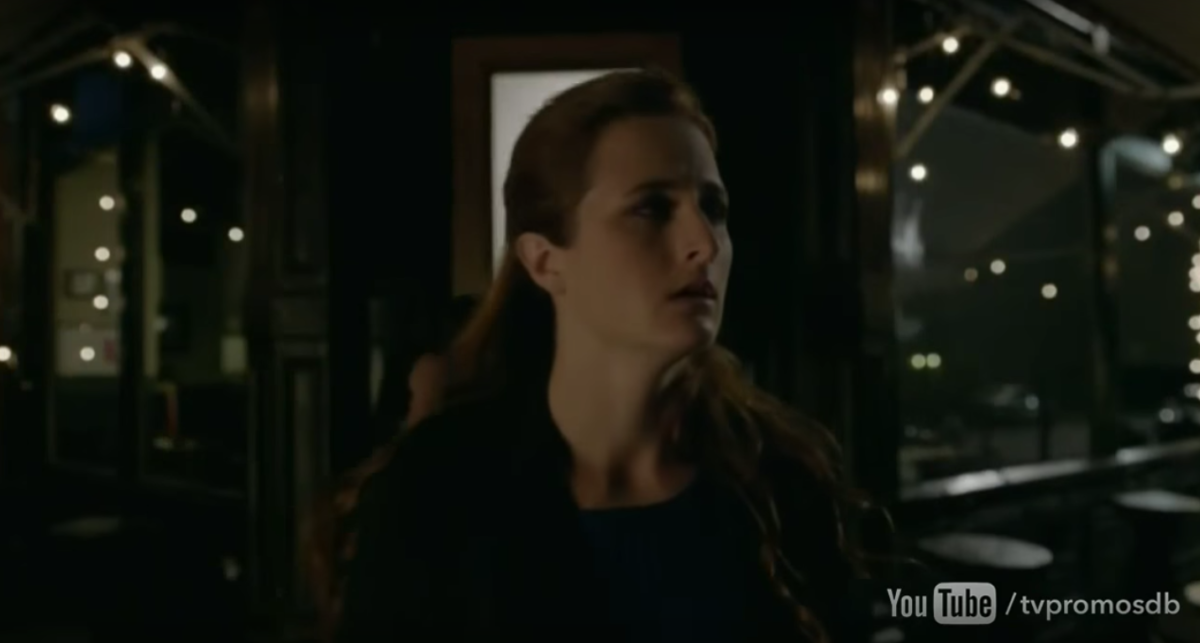 So, who was knocking at Cisco’s apartment door?

All that said, it could have been Dom knocking on Cisco’s door last week – she does have a penchant for turning up off-duty, unannounced and with your favorite sandwich. There’s just one remaining question from last week’s two soap opera cliffhangers…

Who’s lying behind the couch at Susan Jacob’s Smarthouse?

It’s not going to be Susan cos Darklene and The Cisco Kid burned her body in a pet incinerator. To me, the muffled voice sounded like a gagged and tied up Chinese male – perhaps a Dark Army member? I’ve realised over the last two weeks, that trying to write a preview of Mr Robot like this S02E10 Preview is as impossible as, to use Dark Army parlance, 太陽從西邊升起 meaning “the sun rising in the west”.

So that’s the S02E10 Preview done and dusted but what about The Bigger Picture?

We’ve firmly established Sam Esmail loves to telegraph, possibly signposting too much with the two biggest reveals (Robot being Elliot’s father and the 8 episode jail fiasco) having both failed miserably, but he is still a master of deception and the smaller of his tiny trails of breadcrumbs often go unnoticed… 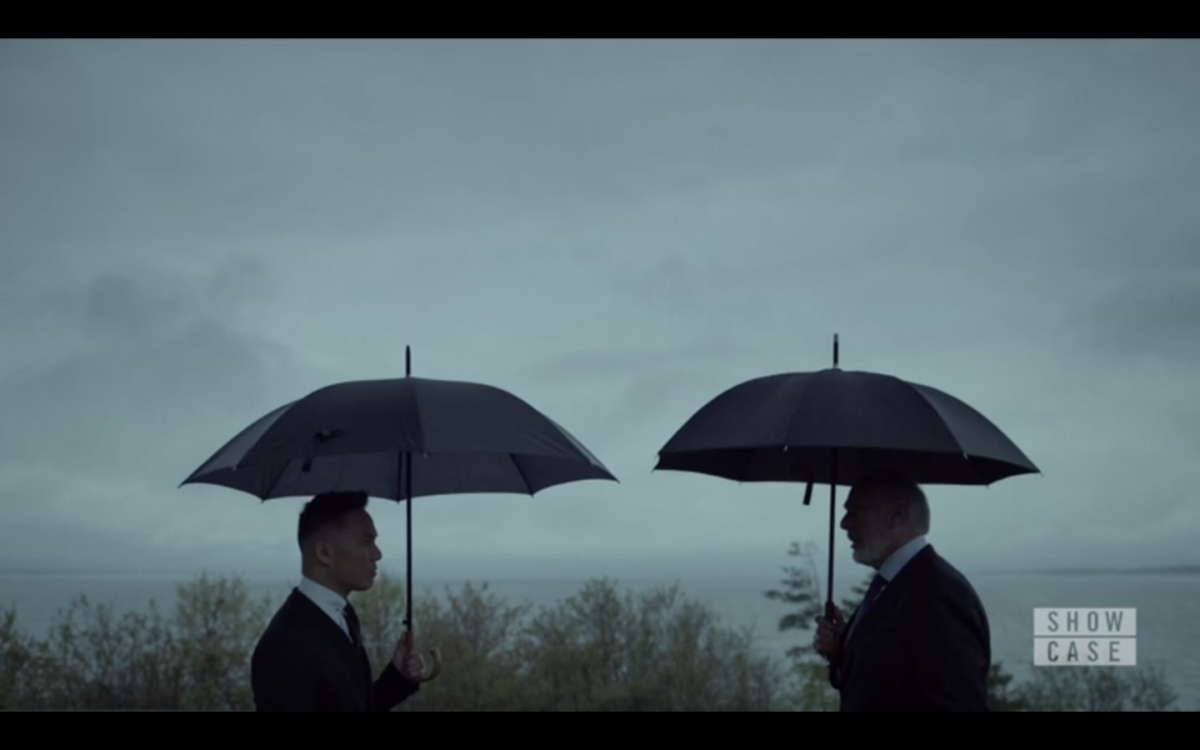 “With that cash, I could save your plant from the clutches of the federal government”

Last week in the rain, Phillip Price and Minister Zhang both made references to the Washington Township nuclear power plant belonging to the latter. Well, what would the Chinese be wanting a nuclear power plant for? And why would Price suddenly invoke threats of bringing about World War Three?

S02E09 also set up horror-movie style brown-outs; flickering lights in NYC apartments, D.C. corridors and (according to Cisco) on the streets.

Are these events connected? Of course they are! And at the rate we’re going, all this information will be wrapped up in a neat little bow by the end of Season Two.

But the Chinese government couldn’t really own Nuclear power plants in America or England, could they? And one of the China General Nuclear Power’s advisers, Szuhsiung Ho couldn’t be wanted for his involvement in a plot that threatened U.S. security. Could he?

Where does Sam Esmail get his ideas? The man is a genius!

Why do The Chinese want use of a nuclear power plant?

What if the clues were under our noses all along?

The spoof sitcom episode opened with a shot of the Washington Township nuclear power station. We know the chemical leak was the inciting incident in our story, but what if the Season Two finale ends up where it all began? Not necessarily geographically, but thematically.

The Dark Army have already played their part in bringing about a financial collapse and the brown-outs indicate that, as we crank up for the last few episodes, Stage 2’s use of the power plant is cranking up, too.

Here at MRHHQ, we reckon Stage 2 is the second part of a Fire Sale; an all-out cyber warfare attack that performs a multi-stage systematic hacking of a nation’s computer infrastructure. Hackers called it a Fire Sale because “Everything must go”.

If you’ve heard the name before (in connection to hacking) it may be from the operation that cyber-terrorists used in Live Free or Die Hard. The 2007 movie was based on John Carlin’s chilling 1997 article about hackers potentially bringing the country to its knees and the article  “A Farewell to Arms” has been cached on the Wired website. Highly recommended reading.

What are the stages of a Fire Sale?

The three stages of Die Hard 4.0’s Fire Sale were:

Imagine what Elliot could do from Warlock Command Center!

This is Mr Robot, so The Dark Army could be up to anything – Electromagnetic pulses, dirty bombs, toxic waste dumping but I think Season 3 will see Elliot in wayyy over his mixed up head!

Might the Season Finale see the whole Eastern Seaboard without power? America reduced to a post-apocalyptic desert inhabited only by Burning Man steampunk vehicles?

Will Elliot have a change of heart and team up with Bruce Willis’ John McClane and Kevin Smith’s Warlock to take on a Chinese man in a dress to save the day? No, but we geeks can dream…