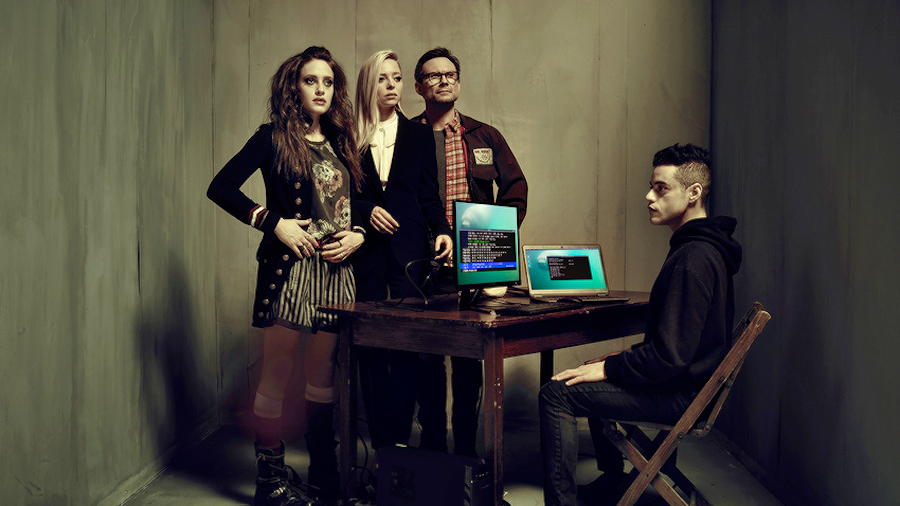 The End is Nigh! The penultimate episode of Season Two is almost upon us so it’s time we unleashed our S02E11 Preview – If you ain’t seen last week’s episode S02E10, do not proceed to Battery Park, do not pass go, do not collect $5.9 million.

If you haven’t seen the S02E11 Preview Promo yet, here we go…

Well, it would be pretty standard Mr Robot fare to begin this Robopocaylptic episode back in the Lupes Diner again, only in true Akira Kurosawa Rashomon stylee, telling the tale from Darlene and Cisco’s point of view. Dom DiPierro interrupts their freedom fry sharing love-fest before getting one (or both) of them safely under the table. That’s our best guess anyways.

Well, we knew from the last, breathless shot before we faded to black that Agent Dom DiPierro is alive and well… unless she was hit by an out-of-control NYPD cop car.

And, unless That Dark Army assassin emptied his Uzi 9mm solely into one of those tomato-shaped ketchup bottles, we know that Dom’s face was covered in someone’s blood and not her own.

Brave as the show is, I simply can’t see them killing off Darlene, not yet. She’s too important both plot-wise and as one of Elliot’s only emotional ties.

Frame-by-frame analysis reveals Cisco, on the other hand, looks to have taken one straight to the face. He was a tertiary character who was brought more and more into the frame as Season Two continued and was even given a nice little emotive kinda love-scene with Darlene minutes before the diner was sprayed with bullets. 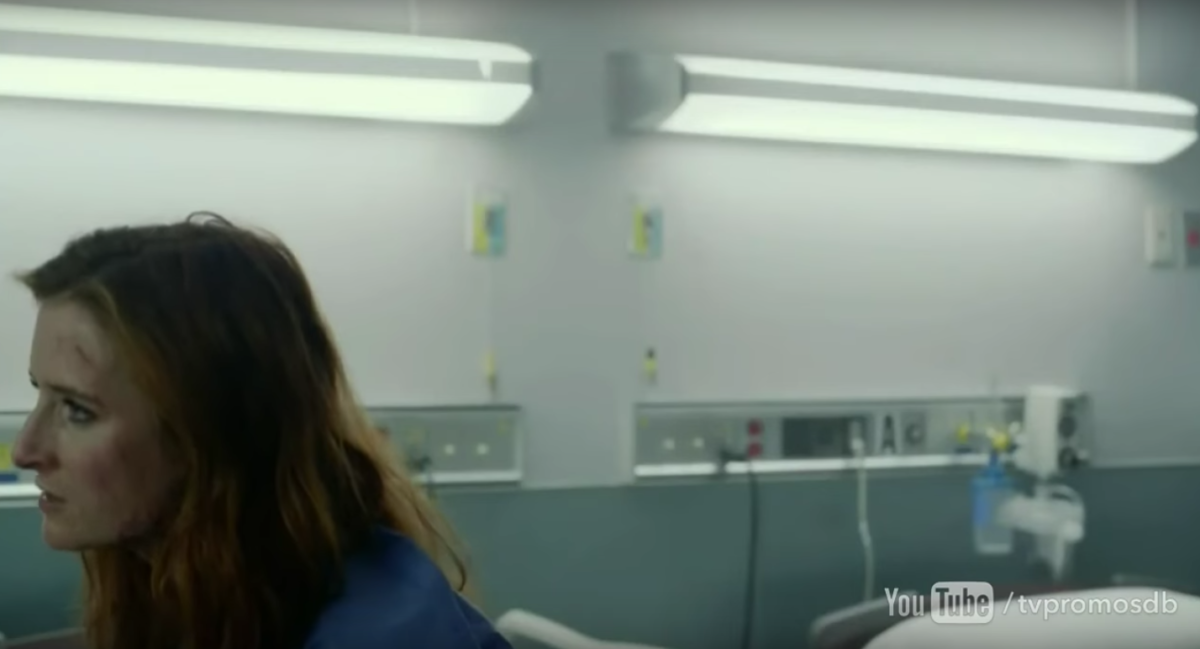 Unlike Cisco, Dom hasn’t been brought into the frame. “Over here, love. Camera B. Nope; Other left!”

The proof in the pudding comes from the fact that Dom is one of the first faces we see in the S02E11 Preview Promo. She can be seen in a blue hospital gown stating that whatever has just gone down is “no longer just a terrorist attack, this could be an act of war.”

What the fuck terrorist attack has just gone down?

Well, we believe Dom’s referring to the implementation of Stage 2. Elliot’s idea it may be but, as we prognosticated last week, it could be the second stage of a fire-sale with Elliot, Mr Robot or Minister Zhang a.k.a. Whiterose causing a nuclear melt-down, a full on black-out taking down the Eastern Seaboard’s power and communication lines (which, thinking about it would render the US Army 99% obsolete and ready to roll over to invasion)

Last week did a great Vince Gilligan-esque job cranking up the tension towards the Season Finale but I reckon it will be tons more exciting if we were to actually see Stage 2 begin this week and deal with the “fallout” of it next week.

That said, would anyone put causing World War Three between China and The United States past Phillip Price? Just because some people were laughing at your name.

I might also think about starting a war the moment I realised me and my best friend Terry Colby had been named after South Park’s Terrance and Philip. 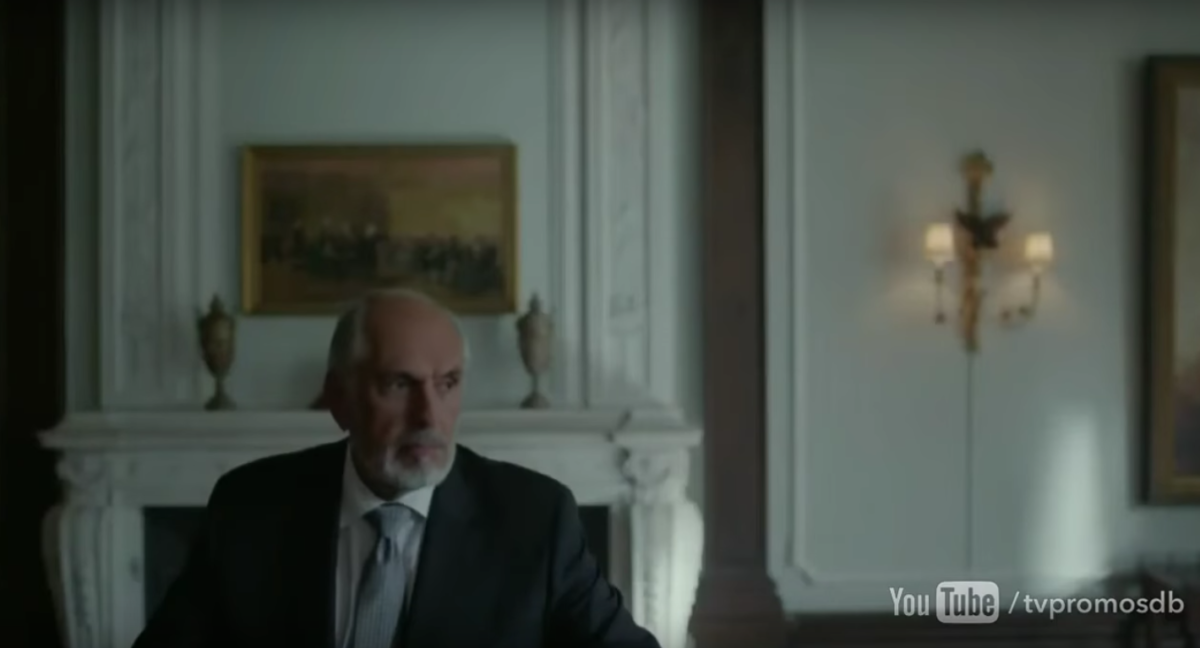 I say, Terrance, pull my finger!

Where’s Elliot during all this?

The last we saw of our hooded Boy Wonder was getting off the subway at Church Ave. after kissing Angela goodbye. In the S02E11 Preview, we see Joanna Wellick being driven around at night and Elliot walking those self-same sidewalks. It is, therefore safe to assume that they rendezvous as she has unfinished business with him.

More on that and bigger reveals below…

The S02E11 Preview promo does reveal a snapshot of Elliot and Robot at a computer terminal after Robot went AWOL for much of the last episode. If we know Robot (and if I know promos, which gave even less away than normal this week) that’s cos Robot has been up to no good. 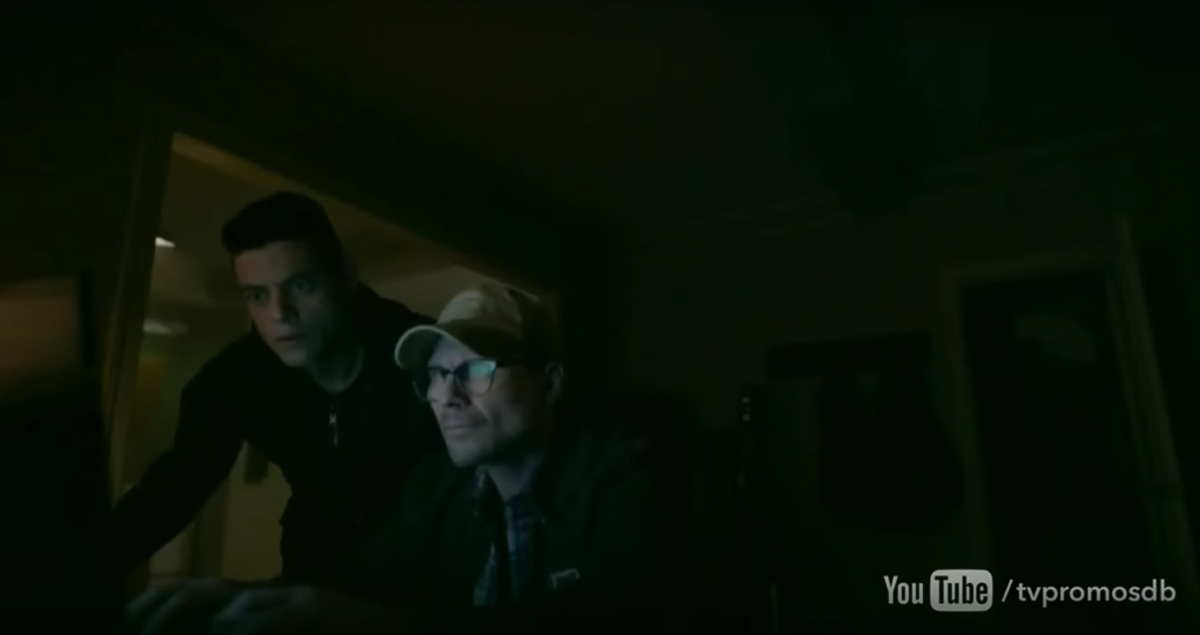 Ok, Dad… I want you to type “24-hour lighting and electrical stores, Lower East Side”

What’s the deal with Angela?

Well, we left the last episode with Angela also possibly having been murdered but the promo put that idea to bed. She’s alive and well, we just don’t know how long for.

There’s been a theory flying round this last week that Angela is working with the F.B.I. and it’s more than a remote possibility that she was wearing a wire. I didn’t pick up on this last week, but coming straight out and asking Elliot why he started F_Society is not only out of character for Angela, but also the perfect leading question to get him to answer on tape.

That said, Angela did her surprised/intrigued look when she saw the two people that have been following her, as if this was the first time she’s ever seen them and not two plain-clothed agents that she knew would be in the next carriage, listening in.

They would, also have grabbed Elliot there and then if they were listening in. No wire.

FanTheory#6023, This surprised look is proof Angela and Elliot will spawn lots of bug-eyed bambinos

Furthermore, a large portion of the promo dealt with Angela being taken by her two assailants to a rather nice looking building with the suspense-building but meaningless tennis ball in their garage.

The rather nice rural building Angela is taken to, complete with its tennis ball in the garage could just be an F.B.I. safe-house (where Trenton, Mobley or both could be holed up) and Esmail is just doing the double whammy of making it seeeeeem like Angela was abducted by The Dark Army only to triple whammy us to make those evil-doers plain old federal agents. Arrghh! 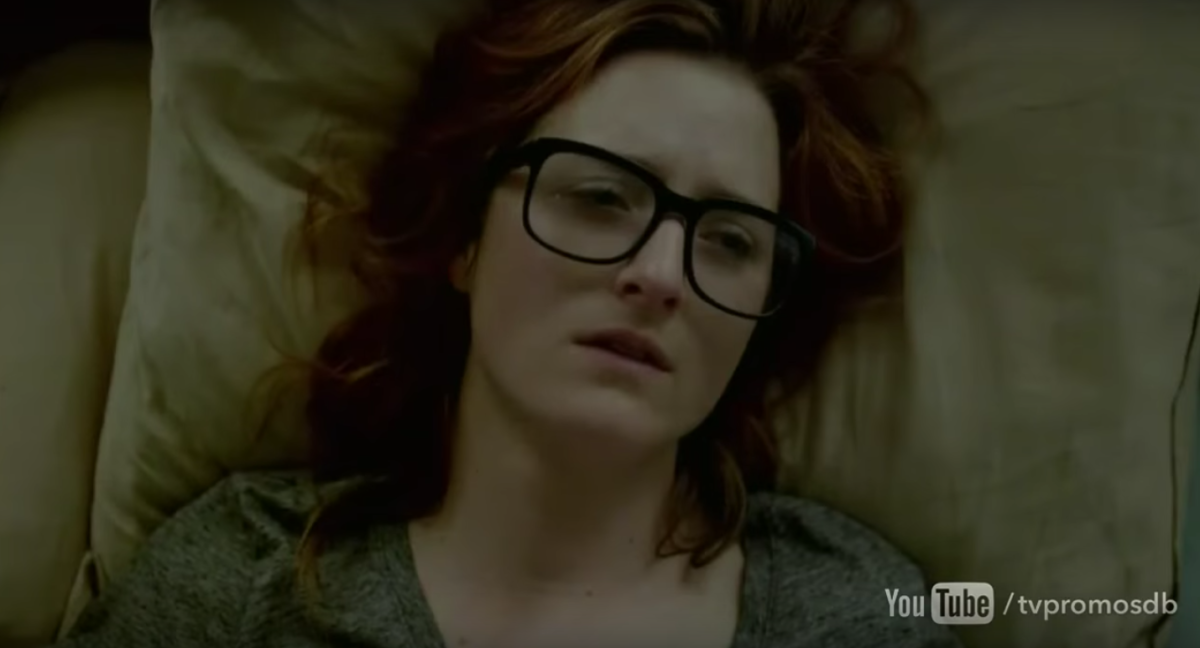 How many fingers… no, not like that! You bunch of perverts! I’m checking to see if she’s concussed.

Are the F.B.I. gonna catch Elliot?

The photo at the top of this page, featuring Angela, Darlene, Elliot and Robot in what looks like an interrogation room certainly suggests so. TV budgets don’t usually stretch to building sets for promo photo shoots…

Maybe it’s just cos I want Dominique to join the Scooby Gang, but I think that she’s gonna be doing more of that “thinking” and “Good, old-fashioned detective work” that Wrong Peoples hate in this episode. 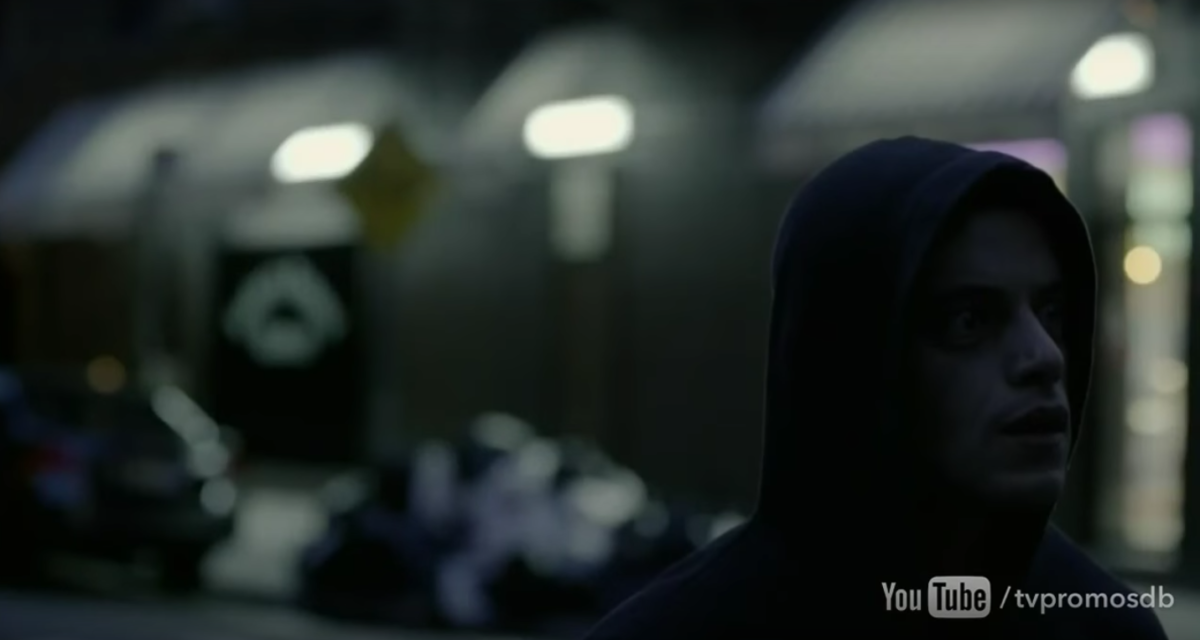 Ha! Don’t ask me! I’ve about as much chance of guessing what’s going to happen as I have of correctly guessing the number of ants in the Amazon jungle. To the nearest hundred billion. Especially when you consider that the lies aren’t over yet – Did anyone else notice the neon diner sign, “Lupes” spelled out the word “LIES” after being riddled with bullets during the shootout?

I think we’re going to have a mini-Mexican stand-off between Joanna’s henchman Mr Sutherland and Mr Scott Knowles with Elliot in the middle. Incidentally, it’s only just occurred to me that if Elliot really is Tyrell that means he murdered Sharon Knowles!

With these telegraphed lies, Robot certainly up to no good, Elliot wandering the streets of Flatbush and Joanna Wellick on her way to meet him, I wouldn’t be at all surprised if S02E11 final shot segued into the last exciting episode of the season by revealing a familiar, Swedish face.

I’m as sure of that as I am sure that there are over seventy-five ants in the Amazon.

You can quote me on that.