OUR BATSHIT INSANE BACK TO THE FUTURE THEORY… 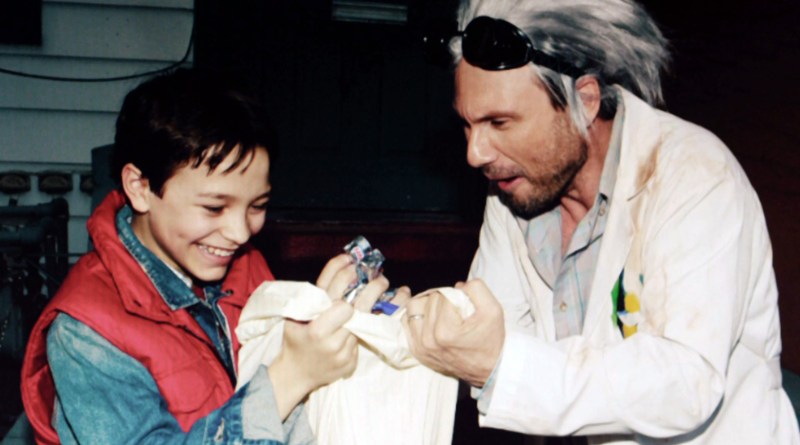 One of the many things we love about Mr Robot is the way it riffs of many of our favourite film, TV and literary works; Hamlet, Fight Club, Back to the Future, The Matrix, Scorsese, Kubrick, William Gibson, Too Many Cooks to mention…

But the most often referenced, from the pilot episode, right up to this week’s penultimate episode of Season Two, has to be the Back to the Future.

Above is a photo of Elliot and his father dressed as Marty McFly and Doc Brown and in S01E01, a much more innocent and likeable Angela showed up on Elliot’s stoop asking if he wanted to watch smoke pot and watch his favorite movie. 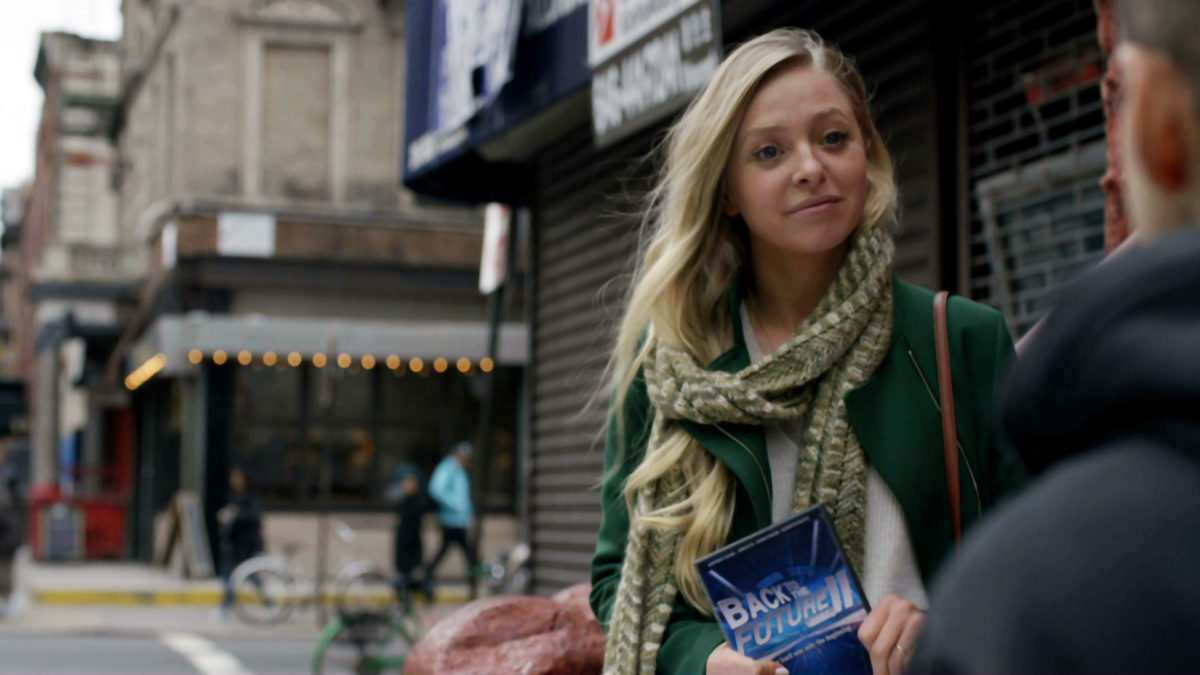 You’ve changed, Angela Moss! You’re not the girl I fell in love with!

In last week’s S02E11 when Angela was in the back of the world’s least scary kidnap van, her questions were drowned out by Jimmy Forrest and the All Star Combo’s Night Train. 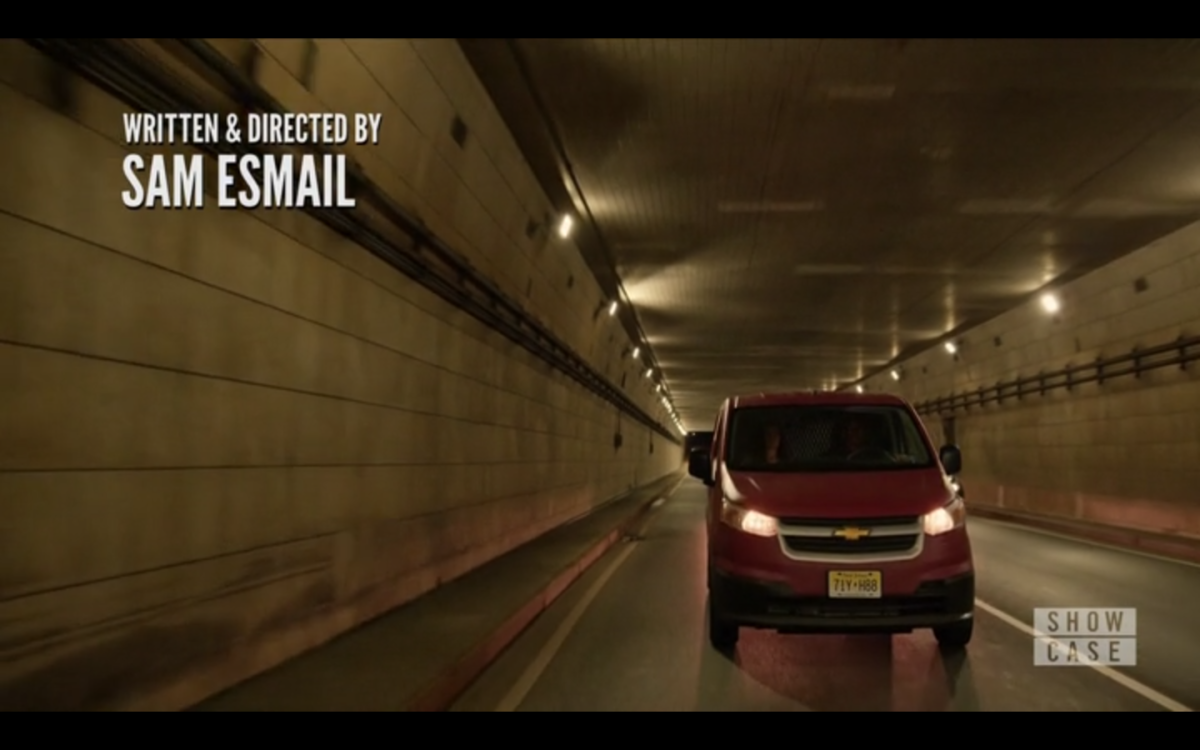 Then, as this Horseless Red Doom Bastard pulled into a quiet, suburban cul-de-sac, the backdrop was Fess Parker’s The Ballad Of Davy Crockett.

When Elliot was in the cab before Tyrell jumped in, Time Bomb Town by Lindsey Buckingham can clearly be heard. And finally, as Elliot and Tyrell walked off into the dusk, Marvin Berry and the Starlighters’ Earth Angel played in the background.

The connection? ALL FOUR SONGS ARE FROM BACK TO THE FUTURE!

S02E11 was far from my favorite episode – it just spent too long treading water and being clever but one thing we know about Sam Esmail is that he plans meticulously, and that means these four songs mean something.

Or, more likely, since Sam Esmail is like a kid that can’t help but tell you what your Christmas presents are gonna be, they foreshadow a Back to the Future-like event.

What are you saying Couchpoato.buzz?

We’re not suggesting that Whiterose has built a time machine out of a DeLorean but there’s more going on than meets the eye. What was it she said when she first met Elliot?

More on this in a minute. I must attend a fifteen-second meeting with a gravestone…

Well, in this week’s episode, Whiterose stated that Elliot’s father and Angela’s mother were supposed to die for the sake of humanity, suggesting she’s known for 23 years that these pesky kids would turn into the hacker/whistleblowers we know and love.

The only ways she could know that is if:

a) she has some kind of magical spiritual connection to The Universe,

b) she’s a Father Time figure or

c) that she has been to the future and come back

But why is Whiterose doing this? Is The End of the World coming?

If Phillip Price has his way, then the apocalypse is right round the corner, but personally, I believe Whiterose is trying to save the world. We’ve not really seen any real evidence that she heads up, nor indeed even works with The Dark Army, so what if she’s causing plane crashes, sorry – accidents and pissing on graves to keep The Universe in a perfect state of equanimity, course-correcting like Lost’s Eloise Hawking?

Or maybe she can see the future like The Matrix’s Oracle? Either option would explain her fixation with time; micro-managing every meeting down to the second. It would certainly make more sense than just liking cuckoo clocks! 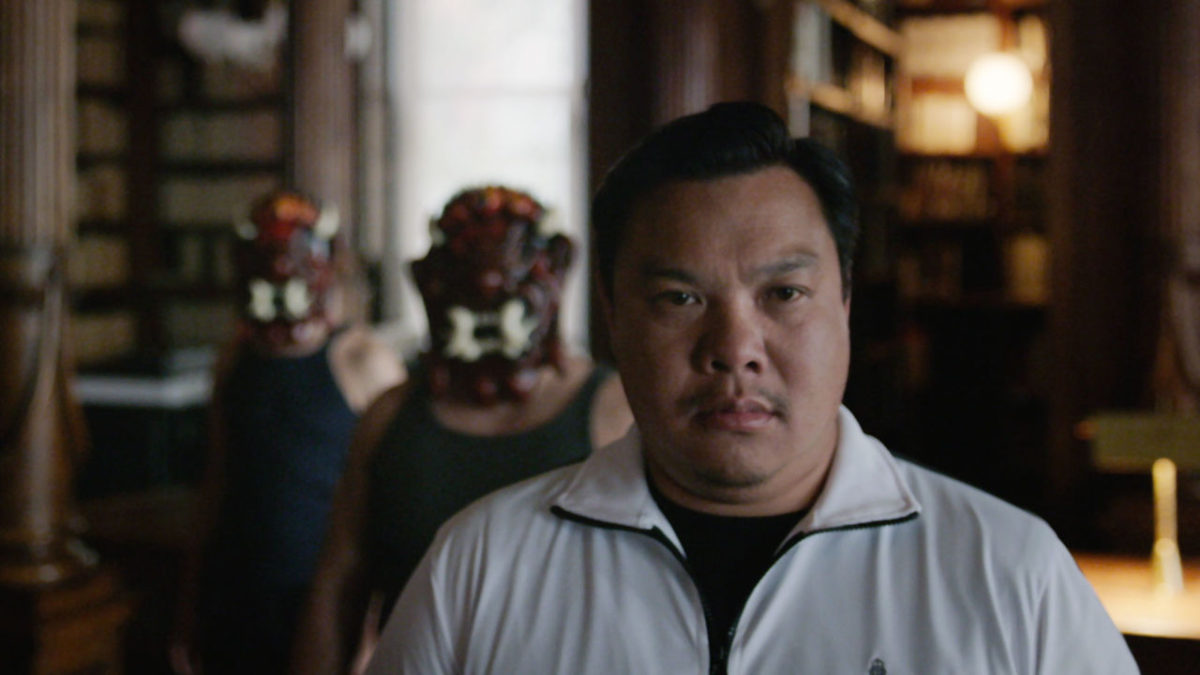 “The Dark Army? Cool name bro!” “We wanted Army of Darkness but The Evil Dead already used it”

Are the Dark Army so called just because it’s a cool, mysterious name and they operate underground on the dark web? Or are they so called cos they’re much more sinister? In any other show, film or book their very name would suggest a force fighting for evil and the end of times! Like an army of darkness,

Also, while I’m throwing ideas at the wall like linguini, what if Elliot doesn’t only hack people’s social media accounts, cell phones and digital lives, but he also hacks into their minds and BECOMES them? Maybe he astral planes into their consciousness like fucking Ingo Swann? Maybe he keeps files on everyone because he’s created everyone?

This Disassociative Identity Disorder is going to end up meaning more than Elliot is lonely, depressed and hallucinates his dead father – DID is what used to be called Multiple Personality Disorder – multiple, as in many and I think that’s going to be pivotal to the whole series. So my question is… 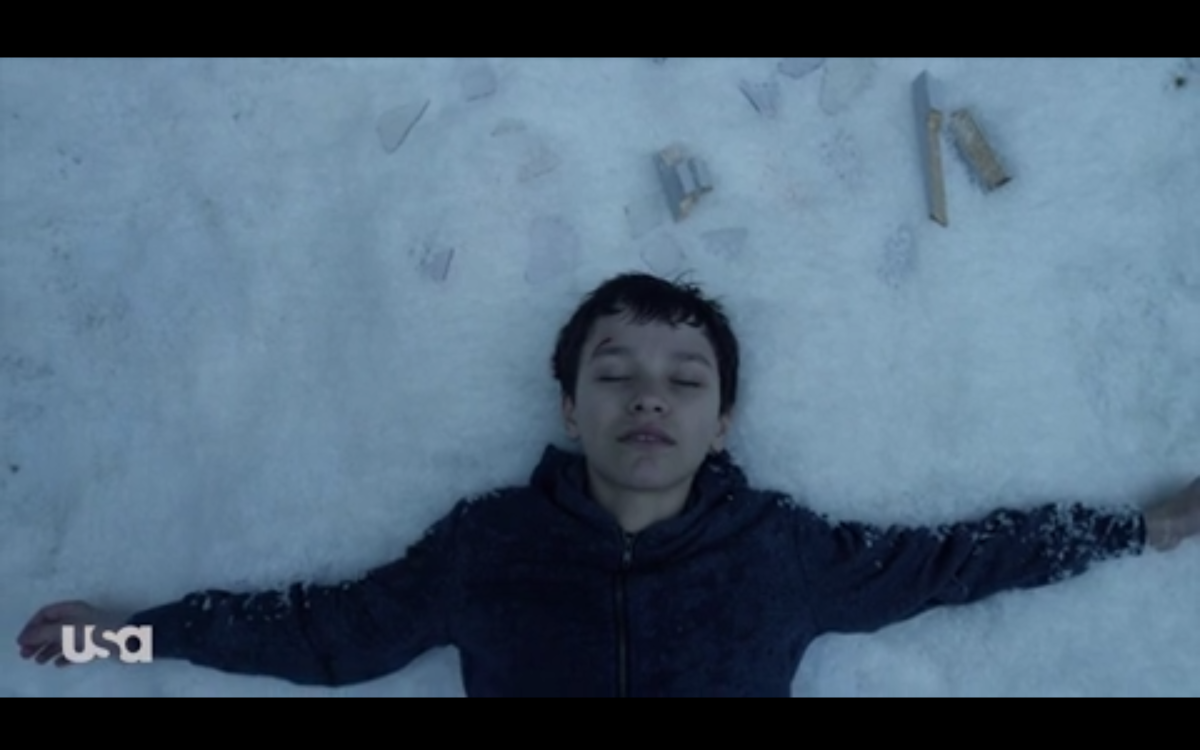 What if the show no longer takes place in our real world?

Because we are grounded in reality, (HA!) we try to make sense of the show according to our terms. But what if Mr Robot took place exactly as it’s being portrayed. Part real, part lucid dream, part hallucination in a parallel dimension of half manifested wishes?

If you’re too young to remember St. Elsewhere it was a darkly comic hospital soap opera that ran from 1982 – 1988. It was quite unremarkable, apart from the series finale; when it begins snowing at the famous hospital building, the very last scene of “The Last One” sees autistic Tommy Westphall playing with a toy as his father says:

“I don’t understand this autism. I talk to my boy, but…I’m not even sure if he ever hears me…Tommy’s locked inside his own world. Staring at that toy all day long. What does he think about?” 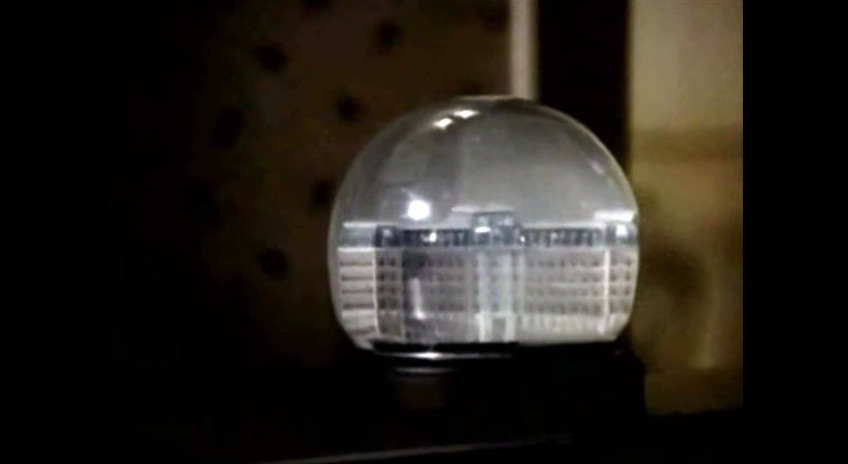 The famous St. Eligius Hospital within the snowglobe

The toy is revealed to be a snowglobe of the hospital building where, outside it’s just begun to snow, thus suggesting that the entire 7 year, 137 episode show took place in Tommy’s mind. And, by association, there’s also a theory that states many of the shows that crossed-over with St Elsewhere (which could be as much as 90% of American TV shows) also place in Tommy’s mind!

Wouldn’t it be totally Sam Esmail, if not only Edward Alderson was in Elliot’s head, but every character? Everything that happened. I put it to you, dear reader that Elliot is imagining everything we’ve seen from a hospital bed after his father pushed him out of the window. 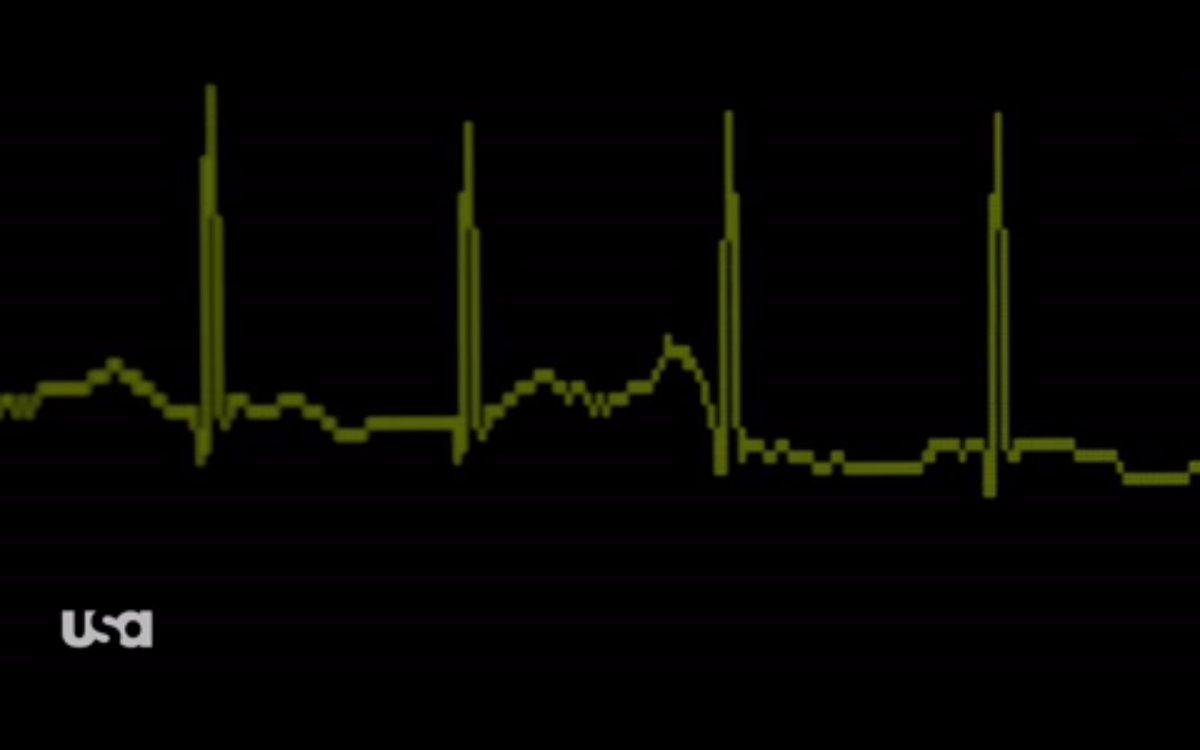 Why would Elliot be hooked up to an ECG machine for a broken arm and concussion?

Chronologically, the first thing we ever saw in Elliot’s world was him falling onto that snow, knocked unconscious. Then we VERY SLOWLY fly into darkness – Why do we float towards darkness? Darkness which then dissolves into the blackness of the ECG machine. Doesn’t that suggest death or at least unconsciousness to you, too? It should!

Everything we’ve seen after that ECG machine beeping is a lie. Including him waking up: 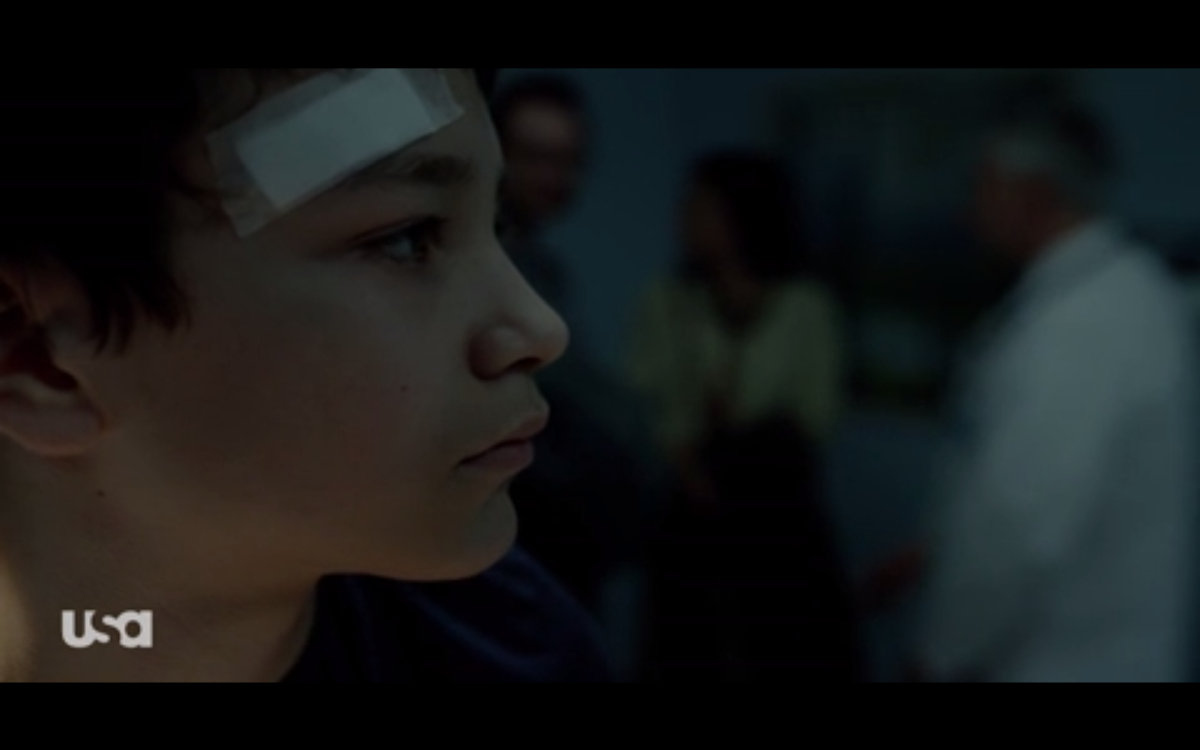 Mr Robot isn’t the only unreliable narrator. The Showrunner is one too!

If a child is in a coma, creating universes, isn’t it likely that he will be riffing off his favorite movie that he probably knows off by heart? Just like Sam Esmail is riffing off his fave films. Why else would the show have been including all those references? Why when the camera panned from the ECG machine to Elliot was there a very obviously placed leaflet about God? 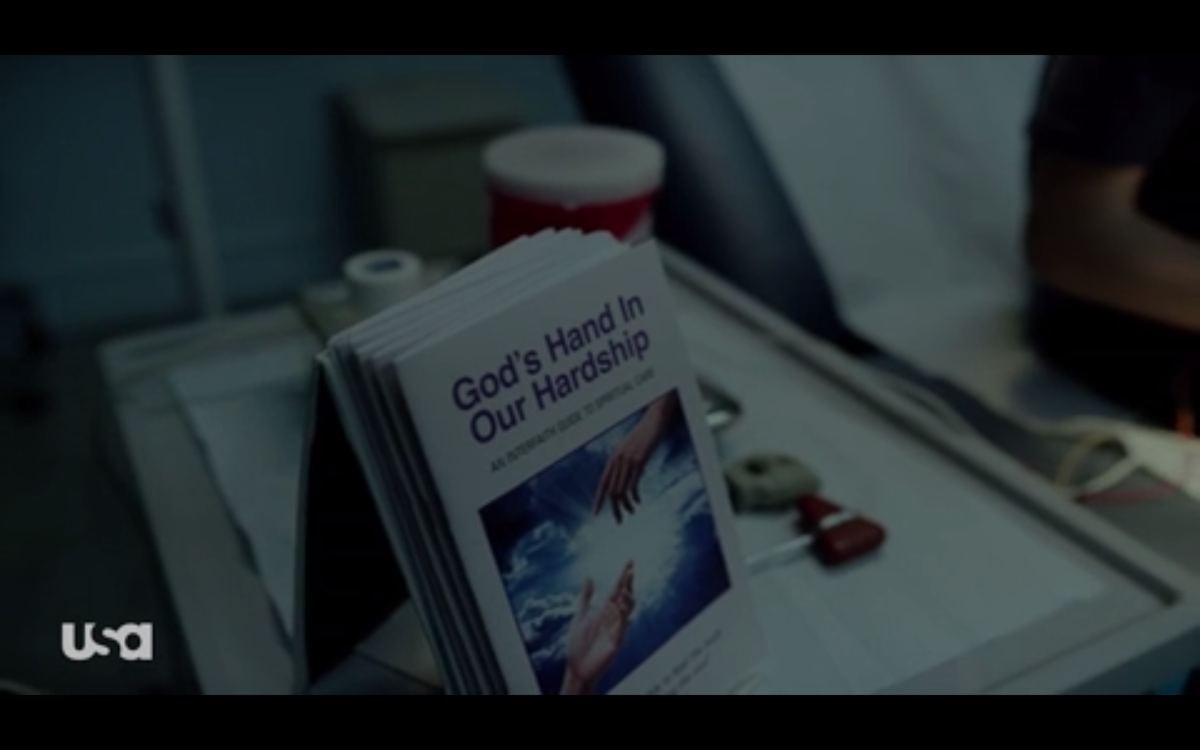 Yes, everything is in his head, but he may pick up on some external events like his best friend Angela visiting his bedside with his fave movie. Also, we don’t know how Elliot might have been in a coma. He could have imagined all this in an hour, a week, or he might be 23 years older.

Marty McFly hit his head and woke up in another decade. Could Elliot have imagined waking in another decade? Why else would our timeline be set in 2015; the same year as Back to the Future 2?

If Elliot was in a coma, that would explain why he’s surrounded by (and the show filled with) 80’s and early 90’s nostalgia like sitcoms that leave us with a bad actor taste, Alf and Commodore 64 computers. It would explain why Tyrell, the face of Wall Street corporate-ness is named after one of 80’s science fiction’s most famous corporations. 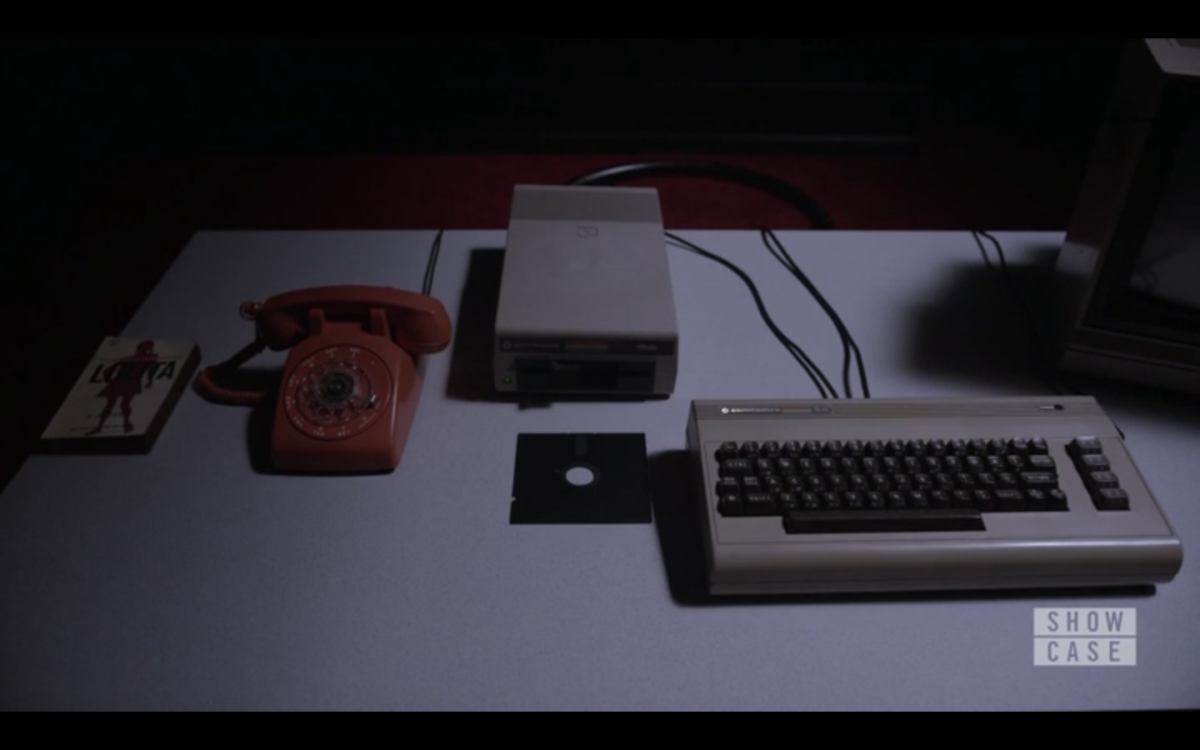 Come to think of it, Elliot could even have seen 1990’s Twin Peaks!

We know in The Wizard of Oz that Dorothy was knocked unconscious and dreamt that her farmhands, mean neighbor and travelling fortune teller became the Scarecrow, Cowardly Lion, Tin-Man, Wicked Witch of the West and Man behind the Curtain. So what if the recently watched 1980’s slasher film The Careful Massacre of the Bourgeoisie became the catalyst for creating F_Society in a similar way?

Another connection could be the fact that Darlene didn’t appear in the first Alderson family photos we saw. Did she only manifest onto the photos when Elliot decided she was his sister in a similar way to Marty’s brother disappeared from his photo as reality unravelled?

What does this mean for Season Three?

The season premiere will definitely open with Elliot marrying his mom who is really Whiterose, Mr Robot and everyone who’s died turning up in a lightning-fuelled Toyota Camry and announcing “Where we’re going, we don’t need roads!” Definitely.

Whatever happens, whether Elliot’s in a coma or everything we’ve been seeing has been taking place in an alternate dimension or astral plane, I’m pretty sure Mr Robot is going to turn Mr Reboot and go full on sci-fi. If it doesn’t, all these spiritual, fariy-tale and dream-like clues will have been red herrings completely meaningless and for nothing. 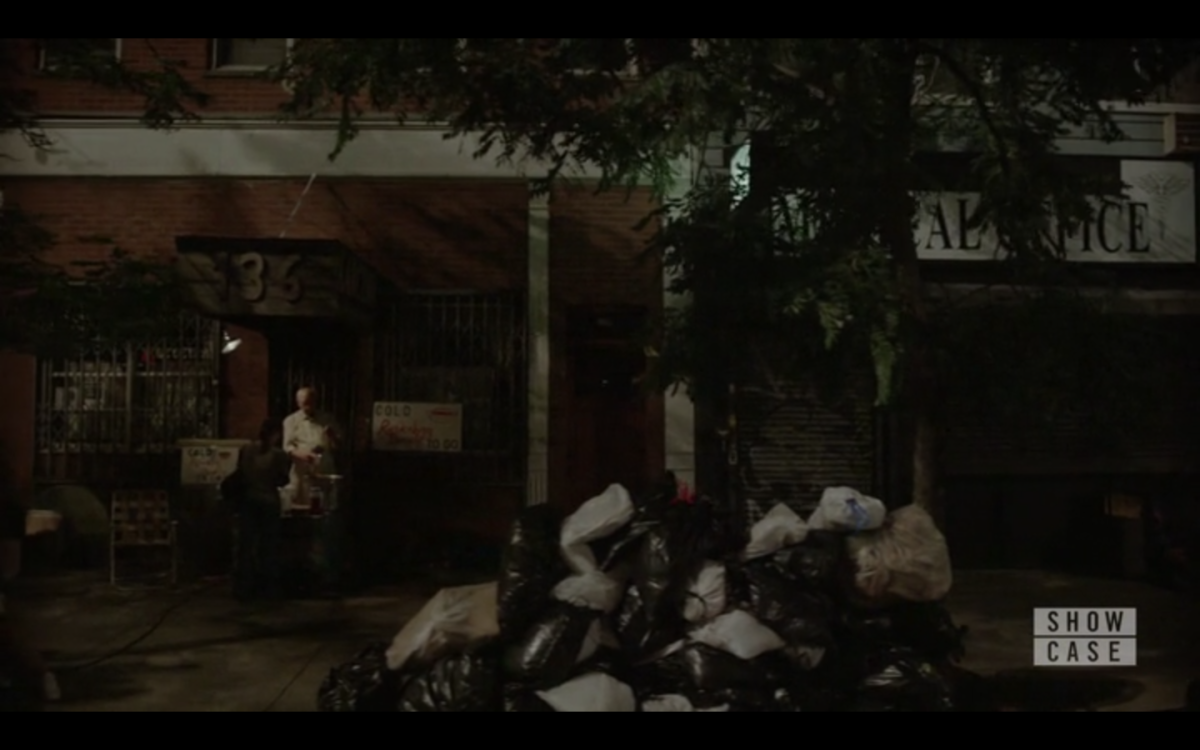 We’ve seen the devastation caused by 5/9 – garbage piled in the streets, cash fading and E-coin surging, brown-outs and 5/9 Survival Kits in Walmart and with the looming “Eastern Seaboard Energy Crisis” and Phillip Price and Minister Zhang/Whiterose’s kefuffling with the Washington Township Nuclear Power Plant, we know that future is about to look worse and worse…

Remember when Marty McFly arrives in 2015 in Back to the Future 2 to find it totally devastated? And George Bailey arriving in Pottersville (formerly Bedford Falls) in It’s A Wonderful Life? Well, I’m pretty sure we will one day see Elliot recreate these scenes on the streets of future New York.

Or a dimension-hopping Elliot running around Season One avoiding himself like Marty had to avoid himself at the Enchantment Under the Sea Ball in Back to the Future 2. 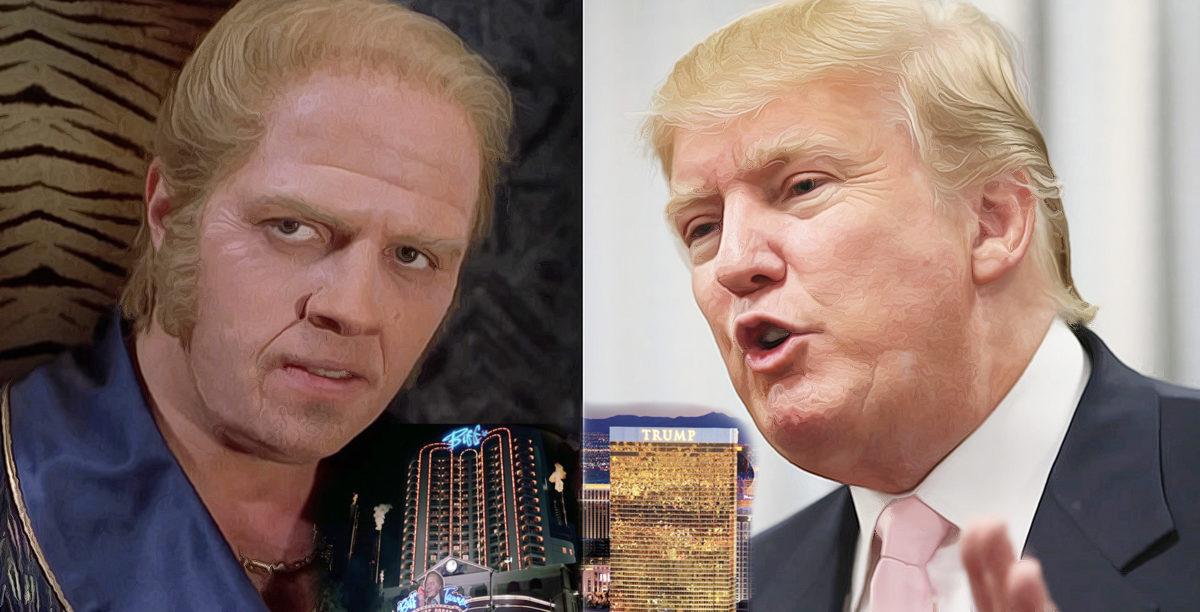 Speaking of which, does anyone else see the similarities between Biff Tannen and Donald Trump? Also between Biff’s Pleasure Paradise Casino & Hotel and Trump Tower?

Unfortunately for us all, Biff Tannen is about to become President of The United States and that ain’t no parallel dimension, alternate reality or coma-induced dream.

That shit’s for real. Unless Whiterose assassinates him. Or we stop him.

Hey!! New theory – Maybe the writers of Back to the Future really came back from the future and wrote Biff into the trilogy as a thinly-disguised Trump to warn us about him…

Robert Zemeckis and Bob Gale made sure eight-year-old Sam Esmail fell in love with their trilogy, grew up to become a film-maker and made a TV show about an eight-year-old boy in a coma who’s favourite film is Back to the Future to stop Donald Trump from becoming POTUS.

Arrrrghh! Now I’m really confusing Mr Robot, Back to the Future and reality… and I can’t tell which is the more fucked up!