STARTUP: A SLOW BURNER WHICH CRACKLES INTO LIFE 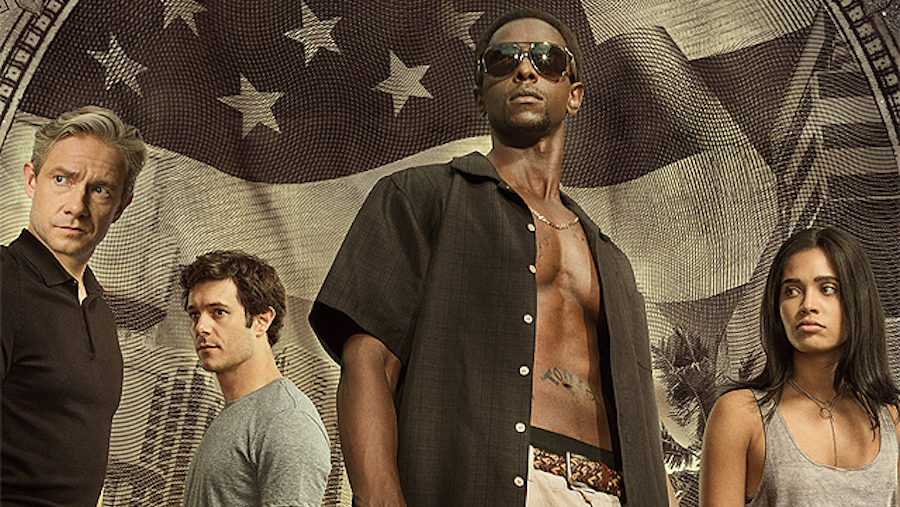 Startup tells the story of a Floridian FBI Agent, Phil Rask (Freeman) who’s scamming a corrupt banker for millions. When the banker involves his son, Nick Talman (Adam Brody) he must find a way to launder money stolen from Haitian gangsters. Enter brilliant but crazy Izzy Morales (Otmara Marrero) with her plans to create a new, anonymous currency Gencoin.

The pilot episode gets off to a shaky start, including three (of four) steamy sex scenes near the top of the show. It begins at rapid, yet confusing pace – the first act sees several seemingly unconnected characters going about their thang, even (at one stage) making me ask “who’s he?” “is that his dad or hers, his hair seems more gray”

But after all the set-up, it gives itself chance to breathe with the introduction of an incredibly well-executed five-minute, uninterrupted tracking shot when we meet minor Haitian gang lord Ronald Dacey. 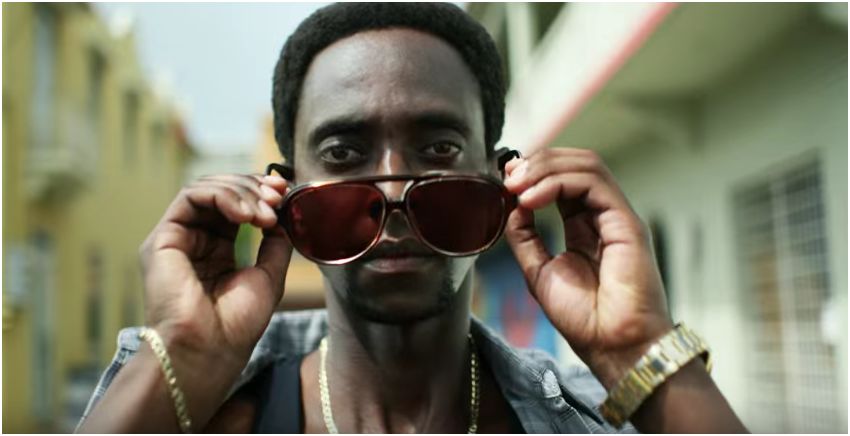 Over the next forty minutes or so, those unconnected, couldn’t-be-more-different character’s lives slowly come together; strands are neatly picked up and tied into a bow and before you know it, BOOM it’s the end of the episode and you’re craving Episode 2. 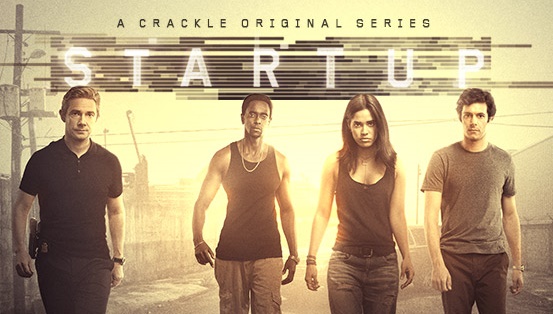 I’ve followed Martin Freeman’s career from The Office (UK) HItchhiker’s Guide, Sherlock, Fargo and Captain America: Civil War and while a likeable actor, I always got the impression he was playing himself; meek and mild. Here, as Agent Phil Rask, he is a genuine threat. Friendly smiles one minute, unnerving and in your face, completely disarming you the next.

Adam Brody and Otmara Marrero put in highly believable performances but the episode bursts into life when Edi Gathegi (Justified, X-Men: First Class) as Ronny Dacey is on screen amongst the squalor of Haitian Miami.

The sex scenes are a worry  – as if the show didn’t quite know how to fill 54 minutes meaning Startup could still go either way – become the next big thing, like a Mr Robot meets Bloodline or (just as easily) fall by the wayside becoming another sex-filled cyber-crime cop/gangster thriller. It’s impossible to tell, but give it a try for yourself!

Startup is a step in the right direction for streaming service Crackle and available here.