WHAT ARE YOU AFRAID OF?

Welcome to today’s blog post, entitled “What Are You Afraid Of?” in which I’ll be diving head first into my childhood fears.

Not so long ago, I wore pink Hugo Boss shirts, mother-of-pearl cufflinks and pointy brown shoes to the office. I was head of my own department, shouted at people when they fucked up and owned a flat in West London.

Even then, as a man in his early thirties, my overactive imagination meant I was afraid of being left alone in the dark. Of course, I’d ask myself “What are you afraid of, Will?” and come up with a litany of imagined threats.

Once, left alone by whichever girlfriend was working abroad, I dreamed I saw a hooded man dragging a body into my bedroom. It terrified me every night for weeks.

After peeing in the night, I’d contort my body to hold both toilet flush and light cord before yanking both and running back to the safety of The Covers.

I was almost as scared as when, as a four-year-old, I’d ginger along the mile-long, The Shining inspired landing of our large, spooky Georgian house. 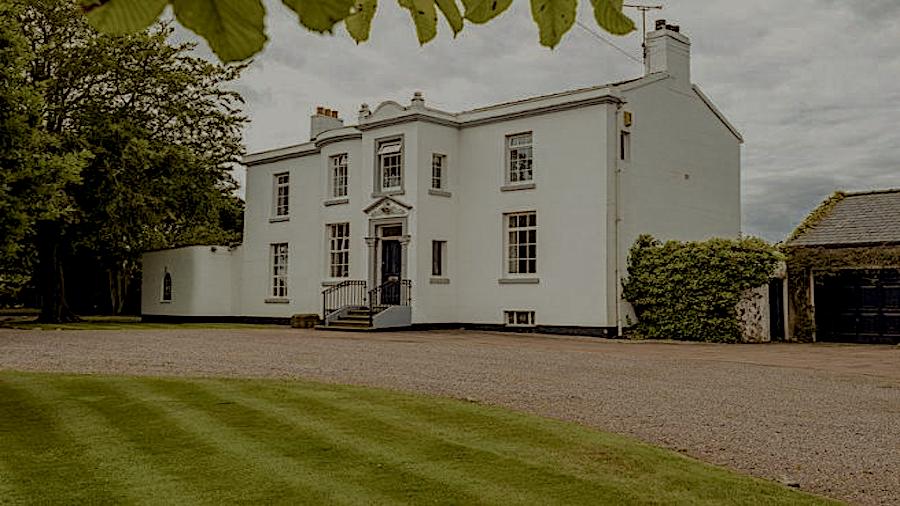 After descending The Thousand Steps of Dark Green-Flecked Granite Staircase, I would cross the yellow-brown Desert of Axminster to see who my parents were entertaining for dinner. I soon learned that making the guests laugh meant I could stay downstairs longer, centre-stage in the light of the roaring fire.

Everyone thought I was afraid of missing out on something but I knew I was just terrified of the shadows I heard and noises I saw in the darkness. I’d dare myself to say the word “Witch” aloud, and every time, a frozen hand would grasp me around my neck. How was four-year-old me meant to understand it was simply my pillow biting into me as I hunched and pushed my head towards my back.

One Hallowe’en night, I saw her flying across the crisp autumn night sky on her broomstick…. cackling. It must have been 1978.

A year or so later, my father abandoned us and overnight, my fear of being alone in the dark intensified a thousand-fold. For the remainder of my childhood, doors were left ajar, lights were left on or a nifty little, orange glow-in-the-dark plug lit the corner of my bedroom.

Mother bravely moved herself, three children, two cats and two tortoises down south to a significantly downsized house in Bradford-on-Avon near Bath.

There, as a seven-year-old, I’d stay awake until past midnight – when I knew Mum was safely tucked up in the next room… only then could I sleep. All the while asking myself, “Will – what are you afraid of?”

My late sister stayed up north in Lancashire and with an age-gap of seven and ten years between me and my brothers, it wasn’t too long before they too moved away. My biggest fear was realised aged 11. Despite having siblings, they had abandoned me, too. I was an only child and I was alone in the world.

WHAT ARE YOU AFRAID OF NOW?

Back to the here and now: I’m quite happily sitting on my own in the pitch dark in a shack in Tiga Bocur, near Berastagi in North Sumatra.

I’m waiting for a volcano to erupt. It’s fast approaching midnight and I may have to sleep here in this hut I helped the locals build. If I get hungry, I can always pluck a banana from the nearby overhanging banana tree.

The distant babbling river in the valley below, cicadas and the distant hoot of an owl are the only sounds to feast my ears. The occasional firefly, the stars and red glow of lava atop the dark grey-on-darker grey silhouetted volcano the only sights to keep my eyes company. 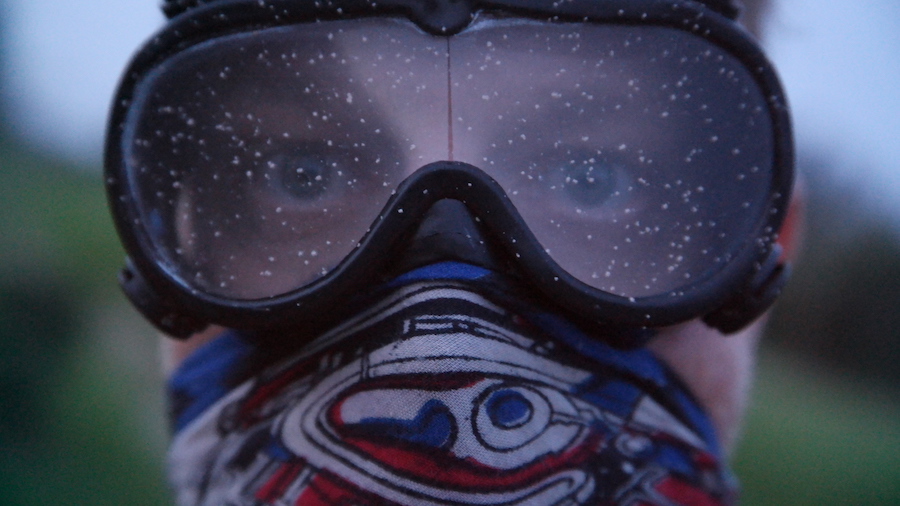 I wear a scarf across my nose and mouth fifty percent of my woken day, a knife in my belt and my jeans which used to be blue are now the same shade of grey as the volcano.

Everything I own smells of bonfire smoke or rotting boiled egg-like sulphur dioxide and fits into one of three bags. I always carry a gas mask, goggles, sterile syringes, electrolytes, iodine and baby wipes everywhere I go. I wash with cold water from a bucket and plastic saucepan, haven’t had a hot shower in a month and often have to poo in fields. 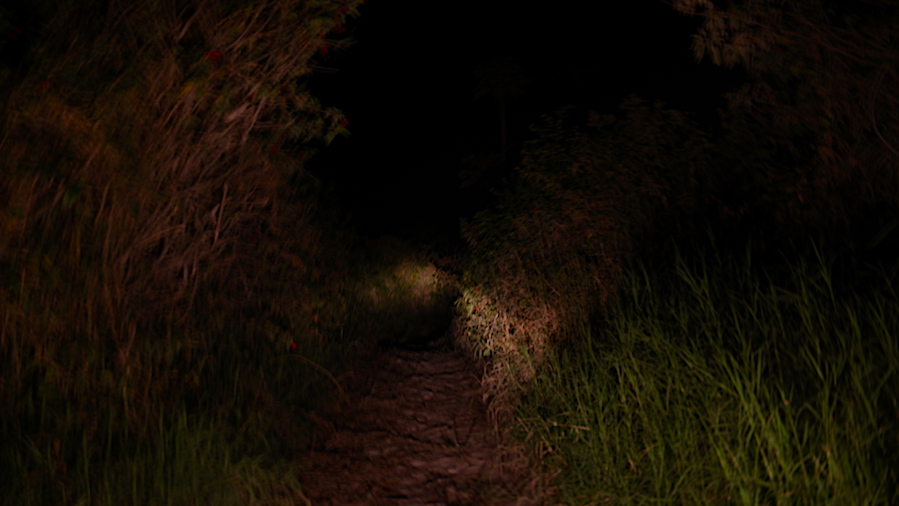 My overactive imagination is one hundred percent intact (I need fear to create) and I know the Devil himself will be licking at my back tyre when I drive my motorbike home along these Godforsaken country lanes and farmer’s dirt-tracks… but for shots like these, it’s worth it. 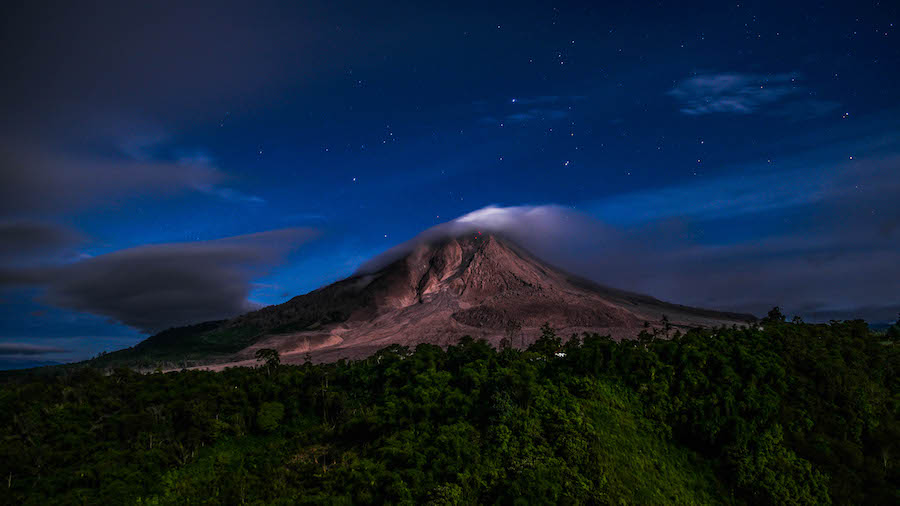 I believe the darkest hours of The Hero’s Journey must be walked alone so I’ve finally learned to throw off the velvet gloves of needing anyone but myself.

Alone, and in the dark but I wouldn’t change this feeling for all the money in the world.

Shot at ISO 200 with a 30-second shutter speed and F2.8 aperture and a little editing, the first night-shoot with my trusty Samsung NX1 provides this gorgeous photo of Mount Sinabung between the clouds.

Take a deep breath and close your eyes.

Deep down, what are you really, really afraid of?

Is it a fear you don’t like admitting to?