ZOMBIES! THEY’RE EVERYWHERE… BUT WHY? 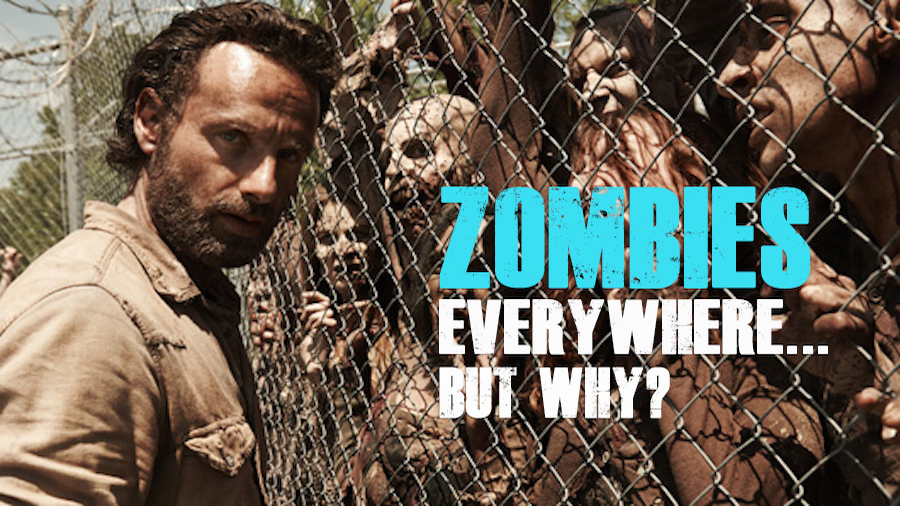 From Ancient Sumeria to Sunday night TV, zombies have plagued mythology, storytelling and folklore for thousands of years but what peeks our fascination with the undead?

Origins: On the surface, the answer is simple – Purgatory; if you’re not good boys and girls you’ll not make it to heaven and will end up roaming the earth, half dead for eternity.

The first written mention of the undead can be found in the 4,000-year-old, Mesopotamian poem The Epic of Gilgamesh when the goddess Ishtar threatens Anu (The King of the Gods) that unless he gives her the Bull of Heaven, she will “bring up the dead to consume the living” and “make the dead outnumber the living.” Scary stuff. 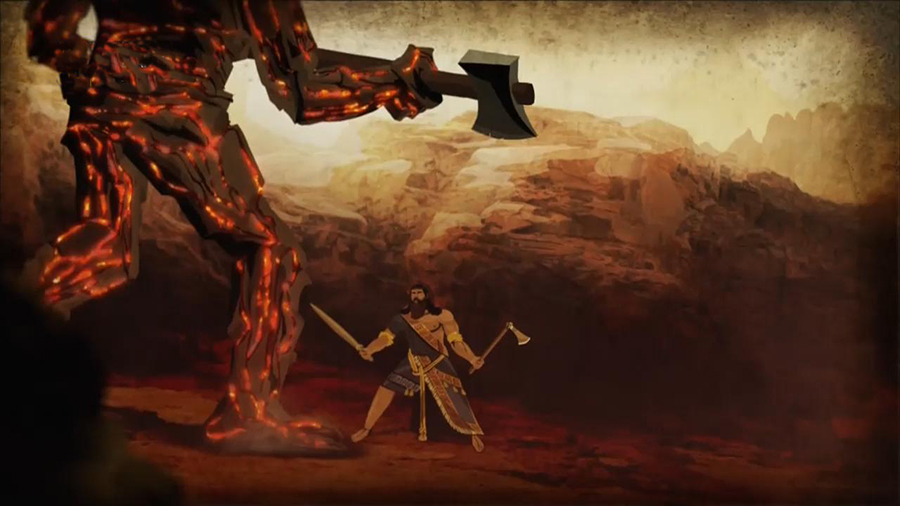 There are numerous mentions of the dead rising in The Bible and it could easily be argued that Egyptian mummies are zombies. They’ve certainly been raised from the dead, the only difference is that they’ve amateurishly wrapped themselves in toilet tissue. Not such scary stuff.

But it’s the 21st century; we don’t really believe in all that mumbo-jumbo nowadays, so why are zombies still at the forefront of film, television and story? The two most popular TV shows on the planet feature zombies – The Walking Dead (and its quickly improving spin-off Fear The Walking Dead) plus Game of Thrones, whose White Walkers raised an army of the dead to attack Hardhome.

Add to that Z-Nation and iZombie TV shows, Zombieland, the fast-running zombies of 28 Days Later and World War Z and even Nazi Zombies in Norwegian horror-comedy Dead Snow.

If you think period drama Pride and Prejudice and Zombies is a new and exciting twist on the genre – it kinda isn’t. While Jane Austen was writing her brilliant but twee novels, 19-year-old Mary Shelley was writing the world’s first science fiction novel, Frankenstein: or, The Modern Prometheus featuring… you guessed it, dear reader – a reanimated corpse. 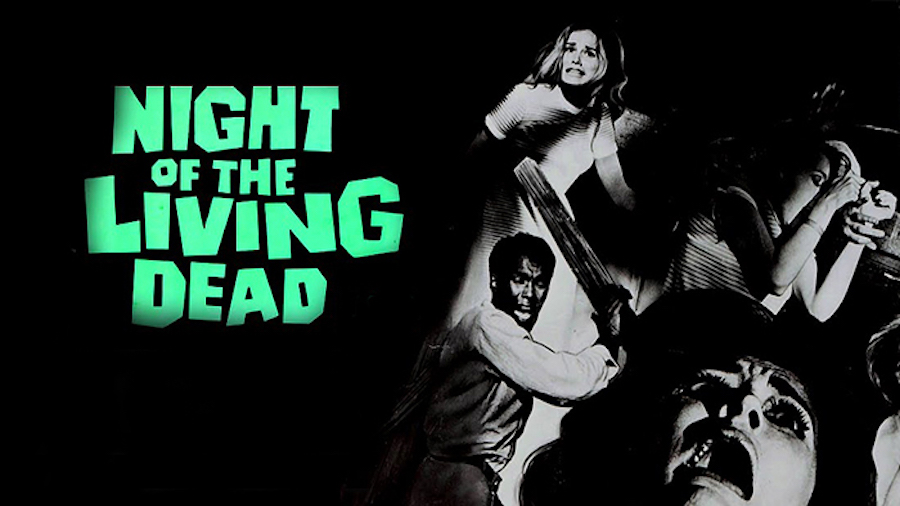 Here comes the science bit: Apart from our obvious fascination with returning after we’ve died, in storytelling, everything is metaphor. Every myth serves a purpose; Stories are blueprints to teach us about the world and how to live in it. Always have been, always will be. We’ve just forgotten. Today, we’ve let car chases and explosions dampen the true purpose of story.

In 1968, George A Romero’s classic Night of the Living Dead set the filmic standard for zombies as we know and love them today; though the film was also an essay on racism conveyed through the lens of “them” versus “us”. Romero’s own sequel Dawn of the Dead (1978) began the trope of zombies returning to the place they spent their (wasted) lives – hence reanimated corpses often congregating at shopping malls: The modern metaphor suddenly became agonisingly clear. 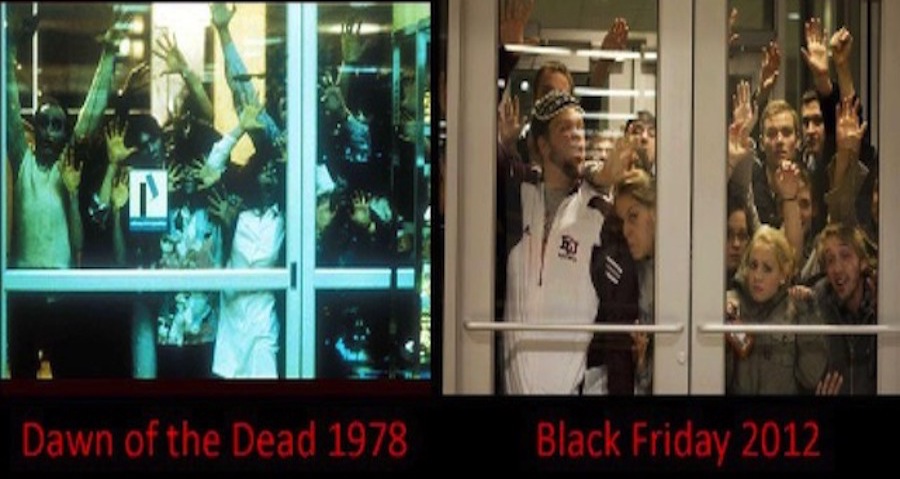 Like all movies featuring a hero, movies demonstrate you that you can either fight to be your own person or follow the crowd being told what to do. You are the hero of your own life and zombies are what you must fight to stop becoming. But zombies aren’t real. I can’t become a zombie. I hear you cry! Well, bad new, folks…

You probably already are one! Snooze. Commute. Sleep. Repeat. Retire. Die. How often have you heard (or thought) the expression “zombies” or “sheep” for commuters, packed like sardines on subway trains, going to work to be given orders by a boss they despise in a job they hate for forty-five years?

We’ve all seen them, hordes of mindless shoppers, blocking the sidewalk at Christmas, Black Friday or hell, any given day of the week lining up to buy shit they don’t need but have been brainwashed into thinking is the only thing that might make them happy.

A meaningless, monotonous life who’s spell is only ended by death. THAT is what zombie movies represent. Mindless consumerism. Wasted lives; human beings roaming the earth half alive, half awake… half dead, half asleep. 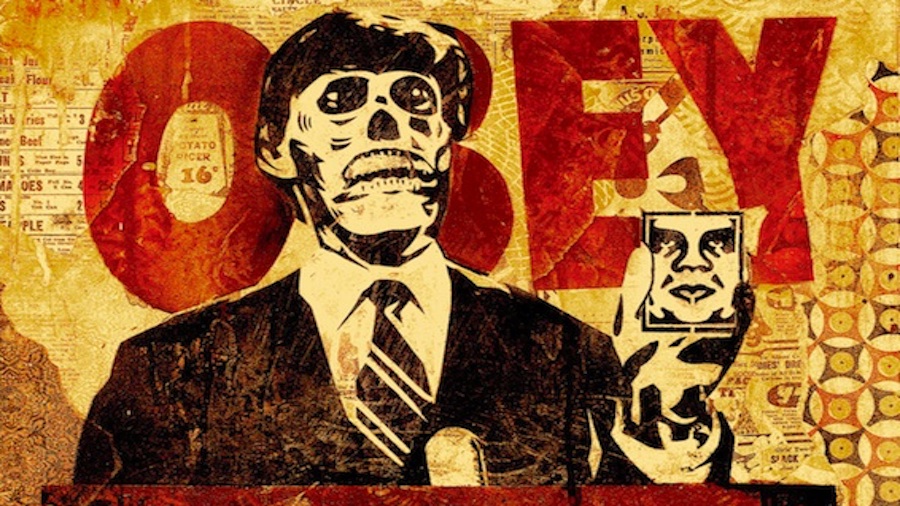 Check out the first act of my friend from school, Edgar Wright’s Shaun of the Dead which beautifully satirises suburbanization as an apathetic Shaun sleepwalks his way through the zombie apocalypse going on around him.

Download John Carpenter’s They Live, which, while technically an alien movie (though the aliens have zombie-like skull faces) demonstrates perfectly how the media and governments condition their subjects into being obedient, unoriginal slaves.

So while you’re distracted by all those lovely car chases and explosions, please try and remember to use story, film and television for what it was invented for – a learning tool to teach you about the world.

So my advice with Christmas/Valentine’s/Black Friday just around the corner… don’t get bitten by the consumerism bug, don’t become a mindless, consuming zombie, be Rick Grimes, be Shaun, be Bill Pullman, be YOU!

Also recommended is Wes Craven’s fiercely underrated 1988 film, The Serpent and The Rainbow – imagine Live and Let Die meets Altered States with zombies and you’re half way there!